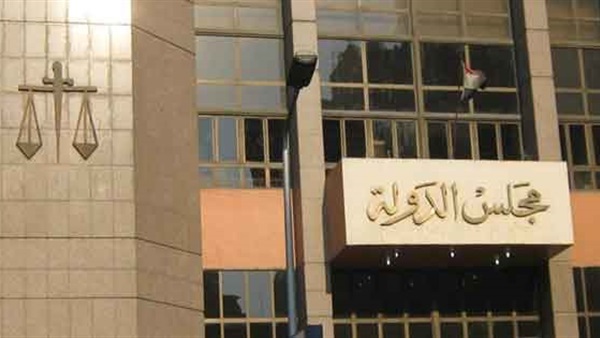 President Abdel Fattah Al-Sisi has issued two republican decisions appointing 411 advisers to the State Council, including more than 70 sons of the council’s advisers, while the rest of the appointments were distributed to the sons of advisers to the Courts of Cassation and Criminal Courts, police officers, and university professors. The recent judicial appointments blow up Sisi’s claims of building a state of “competencies” based on “honour” in which there is no place for nepotism, as they are a continuation of the approach of using judicial functions as a tool to satisfy judges and senior loyalists to the authority to obtain their support whenever the regime needs it.

The doctrine of inheritance

“Those who attack the sons of judges are the spiteful and haters who refuse to appoint them, and they will be disappointed. The appointment of the sons of judges will continue year by year, and there will be no force in Egypt that can stop this holy march to its judiciary.” Ahmed El-Zind, former Egyptian Minister of Justice

“The son of the sanitation worker will not become a judge because the judge must be suitable for the work environment. If he continues to work in the judiciary, he will become depressed and will not continue. The judge has pride and status and must be respected financially and morally. Sorry (the cleaner’s son) goes to another suitable job.” Mahfouz Saber, former Egyptian Minister of Justice

These are not just ordinary statements by officials, but rather a doctrine of the deep state in Egypt; judicial positions must remain the preserve of society’s honorable sons of judges, senior security men and large families, which strengthens the network of interests that the regime weaves around it to ensure its stability. There are entire families who work in the judiciary because one of their members has taken up a judicial position. For example, the Makhlouf family in the village of Bani Uday, Assiut Governorate, has about 200 judges, the most prominent of whom is Counselor Ali Hussein Nasr and his 13 brothers, all of whom are in the judiciary.

This methodology of judicial appointments produces servants to the system and not independent judges, as it is the system which brought them to their jobs, as the law requires the ratification of the appointments of judges (the judicial authority) by the President of the Republic (the head of the executive authority). Therefore, we see judges who do not hesitate to issue death sentences and rigorous imprisonment to opponents of the regime based on flimsy cases and confessions extracted under torture.

This method leads to the appointment of weak judges at the professional level, where the main criterion for selection for the position is passing security investigations and belonging to one of the circles of authority. This becomes very clear when one of the prosecutors pleads, or one of the judges utters the reasons for his ruling. We find serious linguistic errors and mistakes even in the pronunciation of the verses of the Qur’an

Egypt ranks 125th out of 128 countries in the Rule of Law Index 2020, issued by the Global Justice Project, an international civil society organisation that works to advance the rule of law worldwide. The reason for Egypt’s low rank in the index, according to the organisation, is due to the weakness of the civil justice system and its corruption, subjection to the influence of the executive authority, the slow litigation process, as well as the inefficiency of judges.

This notoriety of the Egyptian judiciary has become known internationally. Last March, 31 countries issued a joint statement on human rights in Egypt, which stated: “We also express our concern about the multiple violations of due process due to fair trials, and the restrictions imposed on lawyers, including by denying them access to justice, to review the evidence, or communicate with their clients.”

The continuation of this approach in judicial appointments leads over time to emptying the judiciary of cadres and competencies and creating generations of judges who are incompetent and professionally disciplined and who are completely loyal to the executive authority, which threatens the future of the entire country.

Despite loans and donations there is a crisis in funding the...