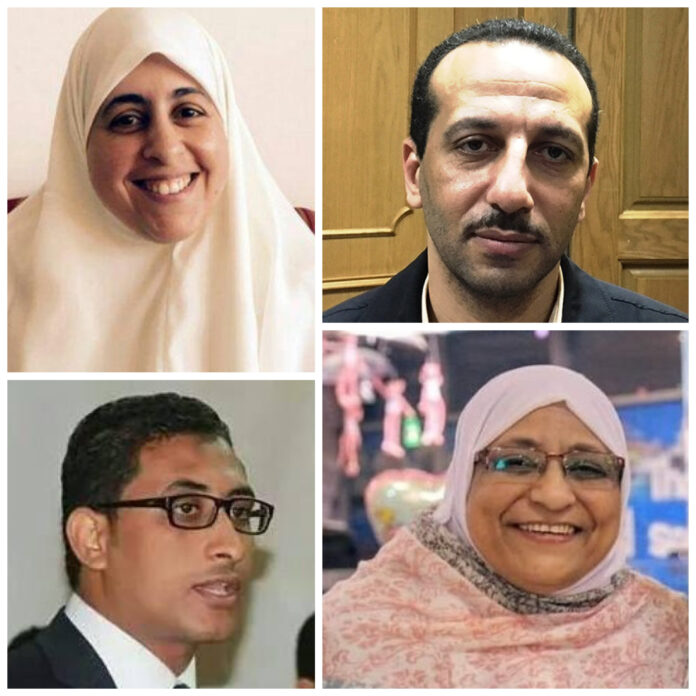 On Thursday, 10 human rights organisations expressed full solidarity with members of the Egyptian Coordination for Rights and Freedoms, whose trial will start next Saturday before the State Security Criminal Court for Emergency on charges related to their work on defending victims of torture, enforced disappearance, arbitrary detention, and violations against the right to life. The case, 1552 of 2018, includes 31 defendants, 14 of whom are detained.

The Supreme State Security Prosecution charged the defendants with joining, supporting, financing, and leading the Muslim Brotherhood. In addition, four defendants were accused of promoting terrorism because they worked on documenting human rights violations on the coordination’s social media network.

The prosecution claimed that the defendants promoted terrorism because they published false information providing the police’s engagement in illegal detention, extrajudicial killing, torture and depriving prisoners of medical care, with judicial collusion in investigating and accounting such crimes and judicial engagement in arbitrary death sentences and trials that violate standards of fairness. In addition, the prosecution accused the four defendants of publishing false statements inside the country and abroad, which weakens the prestige of the state, upsetting public security, frightening people, and damaging national and public interests.

The statement denounced the extended state of emergency since 2017, which provides the formation of the State Security Court, which is an exceptional court affiliated to the president as the military ruler of the country. It is noteworthy that the members of the coordination have been jailed since 2018 in pretrial detention, and were subjected to a series of violations over the past years, which the Egyptian Network for Human Rights documented in a report, Limitless Violations, that was released last week.