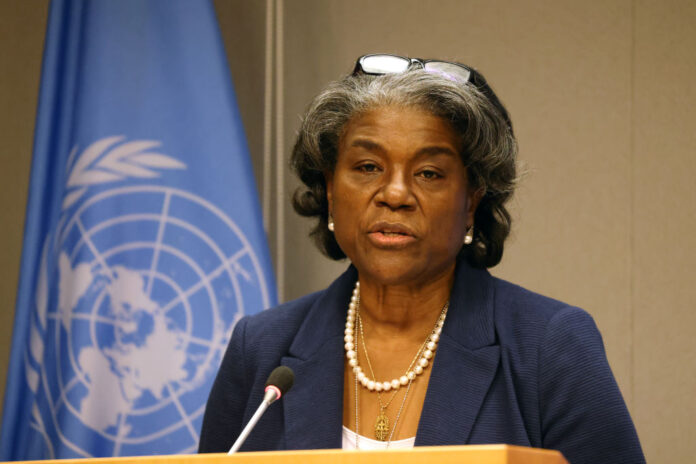 The US Ambassador to the UN, Linda Thomas-Greenfield, has said that human rights all over the world are on the discussion table in the USA, including the situation of human rights and political detainees in Egypt.

Thomas-Greenfield talked in a press conference in the UN headquarters in New York about her countries’ priorities at the UN General Assembly, which is to begin on Tuesday, that included climate and combating the COVID-19 pandemic along with human rights issues.

The ambassador pointed out that Biden’s administration will work on rooting human rights, which is top among the US priorities, especially because authoritarian regimes have used the pandemic to violate human rights.

According to Thomas-Greenfield, the USA intends to run for a seat in the UN Human Rights Council and to hold a summit in December on democracy along with supporting human rights and combating corruption. In response to a question about the human rights and political detainees’ situation in Egypt including the political detainee Alaa Abdel Fattah, who said recently that he is contemplating suicide, the US ambassador to the UN said that the USA discusses human rights with all its partners all over the world as respecting human rights represents one of the American values.

Thomas-Greenfield emphasised Alaa Abdel Fattah’s story, saying it breaks her heart, asserting that they will do everything to save him. It is noteworthy that the US administration decided to suspend $130 million of US military aid to Egypt over the Egyptian regime’s violations of human rights.