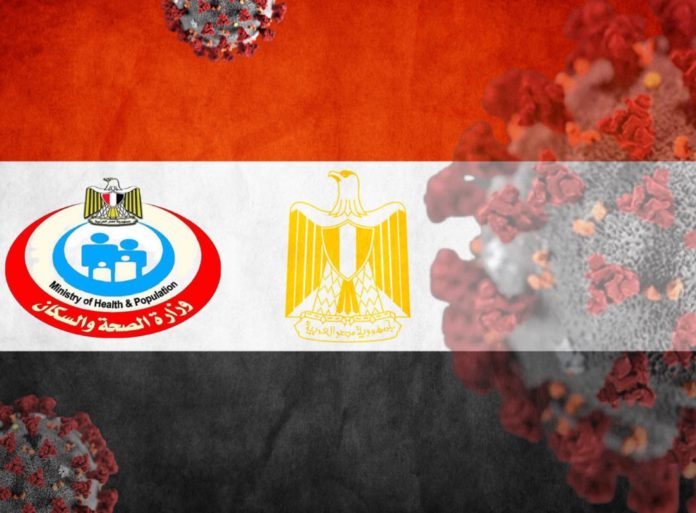 Official statements indicate that the government is aware of the increase in the number of virus infections and deaths, as Health Minister Dr. Hala Zayed said that she expected, earlier this month, an increase in infections and deaths, provided that we reach the peak of the fourth wave of the virus spread by the end of September or the first week of October. The President’s Adviser for Health Affairs, Dr. Muhammad Awad Taj El-Din, confirmed that Egypt has officially entered the fourth wave calling on citizens to quickly obtain vaccines, adhere to social distancing, wear a mask, and ensure cleanliness.

The World Health Organisation warned Egypt of the high number of infections as Dr. Ahmed Al-Mandhari, Regional Director of the World Health Organisation for the Eastern Mediterranean, said that among the 22 countries in the region, five countries, including Egypt, are currently recording significant increases in cases and deaths caused by the virus.

The other four countries that are witnessing an increase in the number of infections and deaths from coronavirus are: occupied Palestine, Syria, Yemen and Somalia. Three of these countries are classified as failed states and the fourth is not a state, but rather an occupied autonomous authority.

The seriousness of the matter increases if we take into account the severity of the corona mutant, for example, the Delta mutant, which the Ministry of Health announced had entered Egypt and is spreading roughly 55 per cent faster compared to the Alpha strain of the coronavirus that first appeared in the United Kingdom late last year. There are studies that indicate the weak effectiveness of some vaccines in confronting it.

According to the latest statements of the Egyptian Ministry of Health four days ago, the number of people who received one or two doses of the corona vaccine is now 13 million people, and assuming the truth of this number, it means that only less than 13 per cent of the population has been vaccinated so far, which is a very small percentage compared even to other countries in the region such as Morocco, Saudi Arabia and the UAE.

The process of immunising the population in Egypt has caused many problems. At first, there were great fears among citizens about vaccines due to rumours circulating, and the government has not done a good job at reassuring citizens that these vaccines are safe and that they do not cause any serious damage.

There is also an inequity in the distribution of vaccines without a specific reason. Some citizens had to register and wait four full months before receiving the vaccine, while other citizens (who are not among the first groups to be vaccinated) received the vaccination a few days after registration, which the ministry attributes to health led to problems in the “system” for recording vaccines. Citizens are forced to wait for long hours at vaccination centres in order to receive the vaccination, which leads many citizens to refrain from going to get the vaccination.

The government is risking people’s lives

The behaviour of citizens in Egypt does not suggest an awareness of the reality of the situation, as many people have reduced adhering to social distancing and wearing masks on public transportation and in government institutions. The proportion of mask wearing in all these places does not exceed 15 per cent at most, while hundreds attend weddings and funerals and shop in malls as if corona has become a thing of the past.

The government bears the greater part of the responsibility for the increase in the number of infections and deaths with the virus, and for citizens abandoning precautionary measures. It is the government that refuses to impose closure measures so that people know that the matter is serious, and there is even a clear failure to apply fines and penalties to those who do not adhere to the precautionary measures, and wedding and funeral halls are open by the order of the government. The president and other senior state leaders have abandoned the precautionary measures and now appear in public with each other without a mask or socially distanced, which gives citizens a sense of reassurance that everything is fine.

The government’s failure to re-impose closure measures, or even to emphasise the implementation of precautionary measures, is due to the fear that economic growth will slow or of declining tourism, which began to recover a few months ago, and this means that the government does not believe that the health of citizens should be its top priority.

Egypt’s foreign debt: Government tricks to hide the reality of the...