EgyptWatch
Home Egypt Watch Sisi: Egypt among the driest in the world and its people live...
Facebook
Twitter
WhatsApp 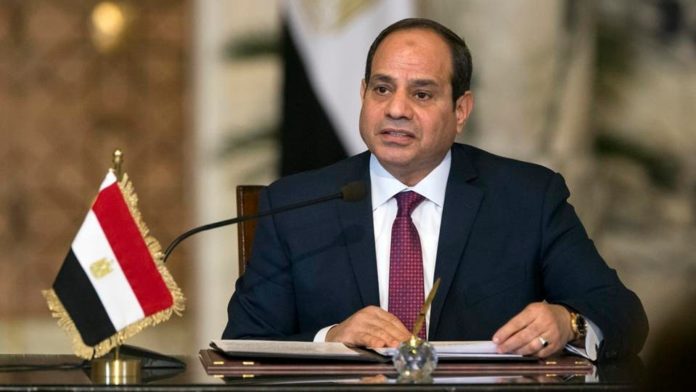 Abdel Fattah Al-Sisi said that Egypt is considered among the driest countries all over the world, and its people are living below the water poverty line.

Sisi added, in his recorded speech before the UN 76th General Assembly, that the Nile River has represented the life artery for Egyptians all through history, and this explains the great concerns Egyptians have over the Grand Ethiopian Renaissance Dam.

Sisi said that Egypt supports the right of its brother countries to development, but it refuses a fait accompli policy, which is a serious threat to regional security and stability. According to Sisi, Egypt’s national security is tightly related to Africa, which Egypt greatly cherishes, but cooperation among the continent’s countries do not mean that a country defines the needs of another, but rather it is a mutual process.

Sisi pointed out that the negotiations between Egypt, Sudan and Ethiopia were obstructed by clear reluctance and unwarranted refusal to negotiate, and Egypt resorted to the UN Security Council to promote mediation. He also said that Egypt is still commited to make a binding deal as quick as possible to save 150 million Egyptian and Sudanese people from serious harm.

A week ago, the UNSC issued a presidential statement, passed by consensus, to call on Egypt, Sudan and Ethiopia to resume the African-led negotiations regarding the Renaissance Dam. UNSC asserted that it is not specialised in solving conflicts over water resources, but called on the parties, for the first time, to make “a binding deal” in accordance with Egypt’s demand.