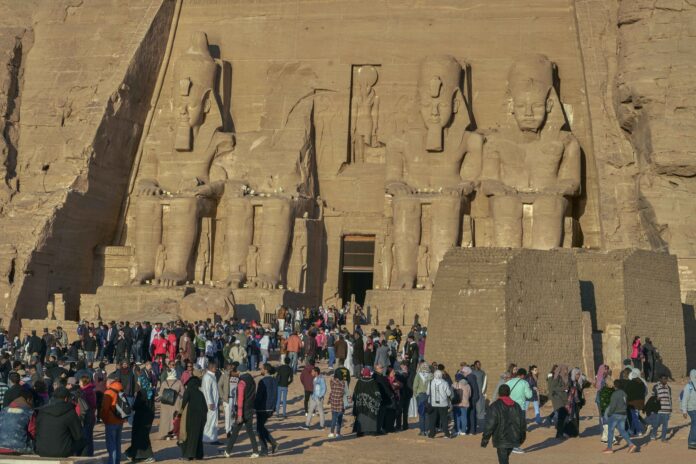 Egypt’s prime minister has directed government ministers not to unveil any data regarding the number of tourists and occupancy rates in hotels and tourist resorts.

The head of the tourist companies chamber in Luxor, Tharwat Al-Agamy, explained the direction with the decline of the number of tourists over the past months, pointing out that Luxor, which is one of the main tourist centres in Egypt, receives less than 1,000 tourists weekly.

The head of the parliamentarian tourism and aviation committee, Amr Sedky, said that the decision is not new, and the government has for a long time warned against revealing the number of tourists, unlike the 1990s, when the government provided detailed data over the number of tourists and the nights they spent in every governorate. Sedky asserted that such a decision could confuse the suppliers who work with the tourism sector, including the food factories, as they will miss the necessary input data about the demand. The parliamentarian explained the infeasibility of the decision: “The data, by the way, will be revealed by international associations and companies.”

This is not the first time the government denied disclosure of the number of tourists visiting Egypt, as the ex-minister of tourism, Rania Al-Mashat, refused to unveil the data during a press conference in 2018, saying that its ministry was directed not to disclose the data considering it “a national security issue.”

According to the Egyptian Union of Tourism Chambers, the number of tourists visiting Egypt dropped down in 2020 to 3.5 million, compared to 13.5 million in 2019. The Central Bank of Egypt announced in June that tourism revenues over the first nine months of the fiscal year 2020/2021 declined to $3.1 billion, compared to $9.6 billion over the same period of 2019/2020.