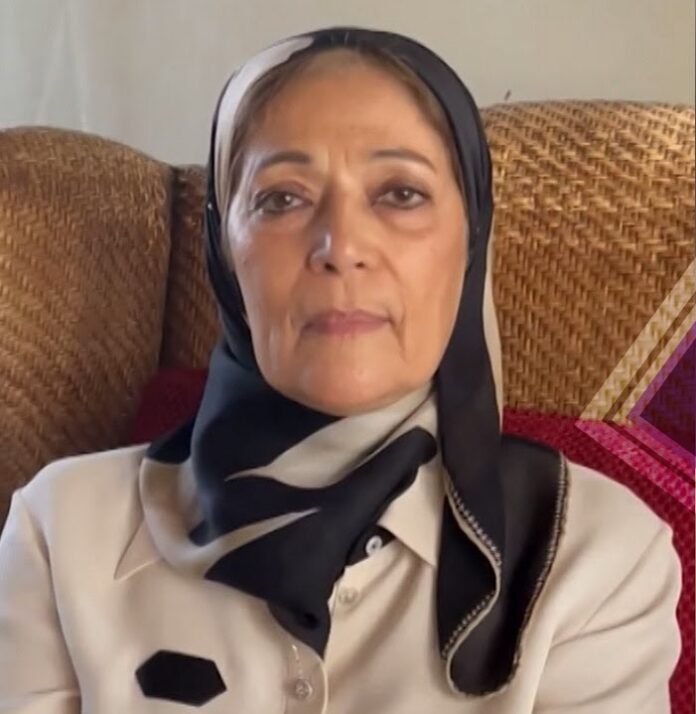 Last Sunday, The Egyptian Public Prosecution put Mrs. Bahira El-Shawy, the wife of the imprisoned businessman Safawa Thabet and mother of his imprisoned son Seif Eldin, onto a new case accusing her of spreading false news to disturb public opinion and promoting a terror group.

El-Shawy was subjected to a long investigation that lasted more than eight hours before the Supreme State Security Prosecution until she was released on EGP 5,000 bail. Lately, El-Shawy drew the attention of foreign media and human rights organisations when she broadcasted some videos on social media complaining about the arbitrary punishment directed against her husband and her son. Also, she called on the president to release them as they were arrested after their money, factories and companies were seized.

On September 27, Amnesty issued a statement that condemned the Egyptian authorities for abusing counterterror laws to arbitrarily detain Safwan Thabet and his son in conditions that amount to torture in reprisal for their refusal to hand over their company assets. Amnesty also expressed its concerns over the health of 75-year-old Safwan Thabet, the founder of Juhayna and the majority shareholder. Juhayna is the largest dairy products and juice producer in Egypt. Thabet suffers from stomach ulcers, high cholesterol, fatty liver disease, knee replacements and shoulder injuries. He has been held in solitary confinement since his arbitrary arrest 10 months ago in Torah Farms Prison. His 40-year-old son, Seif, was arrested two months later, in February 2021, and has also been held in solitary confinement in conditions that amount to torture. Before their arrests, Egyptian security officials demanded they relinquish control of Juhayna’s assets.

The prison administration has refused to provide him with any food, medication, or clothes from outside the prison. These cruel conditions, coupled with the denial of medical treatment, have exacerbated concerns over his health. Two months after his arrest, his 40-year-old son Seif was arrested in February 2021 and is still in solitary confinement in conditions that amount to be torture. Seif has been held in an insect-infested cell, denied access to a bathroom or shower, and deprived of adequate food and water, and sleeps on blankets on the floor and is banned from having any personal items or climate-appropriate clothing. His family has been denied regular visitation rights and has only rarely been allowed to see him.

According to Amnesty International, Egyptian security officials asked Safwan and his son to renounce the assets of Juhayna Company. Philip Luther, Amnesty International’s Middle East and North Africa Research and Advocacy Director, said that: “Safwan and Seif Thabet are being punished simply for daring to defy demands by Egyptian security officials to hand over their family’s assets in the company Juhayna, which is a well-known name in Egypt. They have shown rare courage in resisting the officials’ attempt to blackmail them.” “In addition to being denied the right to challenge the lawfulness of their detention, Safwan and Seif Thabet are being tortured by being held in prolonged and indefinite solitary confinement. The Egyptian authorities have a long history of using bogus counter-terrorism charges and accusations to crackdown on political dissent; now they are using the same tactic to target businessmen who refuse to comply with their arbitrary seizure orders,” Luther added.

According to its statement, Amnesty International has called on the Egyptian authorities to release the two men. Amnesty confirmed that it spoke to three people familiar with Juhayna and Thabet’s family situation and reviewed court documents, media articles and official statements relating to the two men’s arrest and detention. The statement indicated that Thabet was arrested because of allegations of financing the Muslim Brotherhood, which is considered a terrorist group according to the Egyptian authorities, however, they haven’t provided any proof to support the allegation that Thabet is a member of the Brotherhood which was denied by independent experts too.

Amnesty quoted from a source who is familiar with the businesses of Juhayana Company that a senior Egyptian official had asked Thabet to renounce a big share of his company to a government-affiliated entity shortly before his arrest. Two months later, his son, Seif, was ordered to report to the National Security Agency. He was not allowed to bring a lawyer to the meeting, during which a security official ordered him to hand over all his family’s shares in Juhayna or face a similar fate to his father.

Amnesty International considers that the treatment by the prison authorities amounts to torture and other ill-treatment and violates Egypt’s obligations under international law. In addition to being subjected to prolonged and indefinite solitary confinement, they are detained in inhumane conditions, provided with insufficient food, and denied access to medication and treatment as well as regular family visits. The statement mentioned that the attack on Juhayna shows how far the Egyptian authorities are willing to go to exert control and exposes how terrorism-related accusations are ruthlessly exploited in today’s Egypt, with total disregard to the impact of these measures on the lives and livelihoods of affected people. Two days after the release of Amnesty’s statement, the Egyptian Ministry of Interior announced the arrest of what it called the Brotherhood leading person Yahya Mahran. The Ministry has alleged that he is one of Thabet’s arms and he was assigned to hide and operate the Brotherhood’s money, in addition to financing terror operations.

For the first time as an official statement, the Ministry accused Thabet and Mahran of seeking to revive the organisation and providing financial resources for terror activities. The statement explained the plot as Mahran is taking cover under the business of Thabet to transfer and hide the Brotherhood’s money and investing its returns on behalf of terror activities as circumventing the legal reservation procedures taken against these entities. Security Forces announced that they had raided an apartment in Giza, as it found a secret safe to hide money which contained $8.4 million and some other currencies. The prosecution accused Thabet of a new charge of hiding his seized money for more than six years.