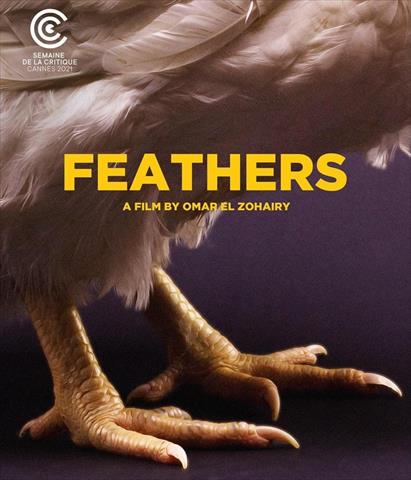 The controversy surrounding the movie “Feathers”, which was attacked by mouthpieces belonging to the regime of President Abdel Fattah al-Sisi, claiming that it harmed Egypt’s reputation, due to its exposure to the difficult living conditions of the poor, raises many questions about poverty and the poor in Egypt. In this report, we try to present the facts from official sources to show the extent of the crisis that some of the regime’s mouthpieces – residents of the compounds – claim that they do not exist except in the imagination of the “enemies of the homeland”.

The poverty rate in Egypt during the year 2019/2020 reached 29.7% (approximately 30 million citizens), while the extreme poverty rate reached 4.5% (about 4.5 million citizens), according to the income, expenditure and consumption research issued by the Central Agency for Public Mobilization and Statistics, It is the government agency entrusted with issuing statistics at the state level. Here it is worth clarifying some terms; The Egyptian poverty line is set at 857 pounds per month, or about 55 dollars, or extreme poverty, according to the definition of the “Central for Mobilization and Statistics”, means the inability to spend only to obtain food, “the cost of survival.”

According to official figures, then, we have 30 million poor people in Egypt who spend on their food, drink, housing and all their basic needs less than $55 a month, including 4.5 million citizens who live in extreme poverty and go to bed hungry because they are unable to obtain food only.

The government considers that the poverty figures in 2019/2020 are very good, compared to the situation in 2017/2018, when the poverty rate reached 32.5%, while the extreme poverty rate reached 6.2%, against the background of the floating of the Egyptian pound and the subsequent record rise in inflation levels within a framework of It was called the “economic reform” plan. But the “government pride” in the decrease in poverty figures is highly questioned by researchers, as these figures are truncated, as the income, expenditure and consumption research for 2019/2020 was supposed to extend from October 2019 to September 2020, but the research stopped in March 2020 and did not It is completed due to the Corona pandemic and the precautionary measures taken by the government, meaning that the results of the research are truncated and do not include the period of the Corona crisis, in which the income of Egyptians decreased significantly.

Although there are no official figures about poverty rates after the Corona crisis, many studies have expected a significant increase, including a study issued by the Government National Planning Institute, in May 2020, which expected that the effects of Corona may lead to an increase in the poverty rate between 5.5 and 12. 2%,  which is equivalent to  between 5.6 million and 12.5 million citizens, according to the population at the time.

The largest number of poor people is concentrated in the rural areas of Upper Egypt. According to the published results of the 2019/2020 income and expenditure research, 42.8% of the rural population of Upper Egypt cannot meet their basic needs of food and non-food. The government deliberately ignores mentioning poverty figures before the “economic reform” plan to evade its responsibility for increasing the number of poor people. Before the plan, specifically in 2015/2016, the poverty rate was 27.8%. Before President El-Sisi seized power in Egypt, the poverty rate in 2012/2013 was 26.3%, meaning that we have not yet reached poverty figures before El-Sisi’s rule, which promised us prosperity and wealth.

As we mentioned above, the poverty rate decreased during the year 2019/2020 due to a government game in the research period that does not include the period of the Corona pandemic, but the same research tells us that even the decrease in the poverty rate during the first six months of 2019/2020 was for reasons unrelated to the improvement of living conditions for the Egyptians, but for other reasons.

According to Dr. Heba El-Leithy, one of the supervisors of the research on income, expenditure and consumption, Egyptian families tried to overcome poverty by reducing expenditures on education, as the percentage of those enrolled in general secondary school decreased in 2020 compared to the situation in 2017. The percentage of child labor increased by 3% during the years 2019/ 2020, which means an increase in the income of families, after the children had to work to provide for their daily bread. It is no secret to anyone in Egypt, the extent to which citizens suffer from difficult living conditions since the flotation of the pound in late 2016 and its devaluation by more than 100%, which prompted many of them to work in two or three jobs in order to provide for their family’s expenses.

Despite the social protection programs that the government says help protect the poorest citizens; these programs have limited impact, as the government spends 1.5 billion pounds per month for the benefit of 3.8 million families, meaning that each family (not every individual) benefits about 400 pounds per month, which is an amount Too lean and above all unsustainable.

Selling Cairo: A plan to demolish the capital for the benefit...