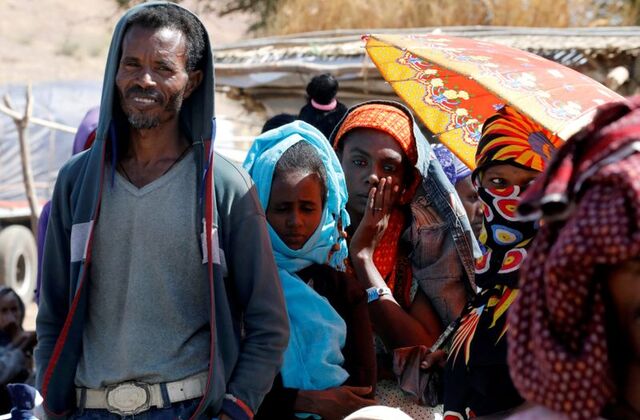 The Refugees’ Platform in Egypt denounced the enforced deportation of eight Eritrean refugees by the Egyptian authorities, on Sunday, to Asmara, without enabling them to register as asylum seekers at the UN Refugee Agency, or to hire a lawyer.

The platform said in a press statement that the decision is a blunt violation of the international principal that prevents the deportation of refugees and asylum seekers to countries where their lives or freedoms could be threatened.

The deported are brothers and sisters from the same family, and some are children. They include Hamed Adam Ali, 70, who suffers diabetes and uncontrolled hypertension and respiratory distress, Intissar, 10, who suffers a DVT, Ne’ma, 18, Said, 25, and Moussa, 36, along with Sa’dia Hamed Adam who suffers a laryngeal disease, and her sons, Kamal and Fares. According to the statement, Sa’dia was told by doctors in an Egyptian hospital that she needs surgery, but she was not treated, and she now suffers difficulty swallowing and speaking.

The platform added that the deported were forced to board the flight and to get into the airplane and prevented from buying the necessary medications they need. The eight deported belong to an 18-member group of asylum seekers, who were arrested in Egypt after entering the country, then baselessly jailed for two years in bad detention conditions. One of the family’s relatives, who is based in Cairo, said that he was prevented from providing money and medication at the airport, commenting, “they have already gone to hell.”

Eritrean refugees risk serious penalties in their country that could reach up to death and life imprisonment on charges of illegally leaving the country, especially if the country is in a state of war, which was declared in Eritrea from 1998 to 2018 against Ethiopia. Moreover, Eritrea practices conscription for all males and females above 15, which was previously described by Amnesty International as “a kind of forced labour.” According to the same family’s relative, the Egyptian authorities prepared to deport another 10 Eritrean refugees, who are detained in Qasir Police Station on the Red Sea shore since they attempted to get into Egypt in October 2019 after being forced to sign travel documents and prevented from seeking asylum.

Amnesty International called upon the Egyptian interior ministry, on Saturday, to stop the deportation of the refugees and to release them immediately.

17 people executed in Egypt over protests against 2013 military coup