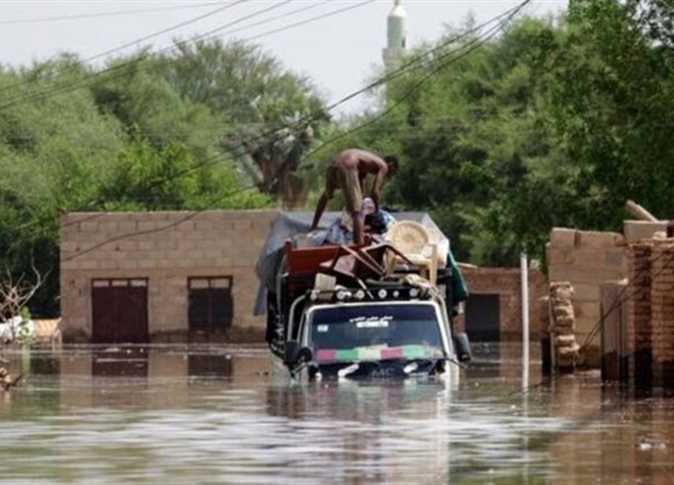 Aswan Governorate in southern Egypt was hit last week by a wave of bad weather that left roughly 503 infected with scorpion and snake bites. The pillars of the tourist province were paralysed, as electricity and water were cut off for hours, roads turned into pools of water, and schools and shops closed their doors. Heavy rain paralyses movement and in Aswan revealed a great lack of preparation for the crisis despite warnings from the Government Meteorological Authority, and mismanagement of the crisis. The city’s infrastructure could not cope with the torrential rain, even though President Abdel Fattah Al-Sisi is building his glory on providing services.

Since last Thursday, November 11, the Meteorological Authority began to warn publicly of a wave of bad weather that will strike the south of the country, the eastern desert and the Red Sea mountain ranges, and it singled out a number of areas subject to heavy rain, including Aswan. It is certain that the administration of the governorate, headed by retired army major general Ashraf Attia, received prior official warnings from the Meteorological Authority and the concerned authorities days before the rain, but this was not reflected in the preparations on the ground, which exacerbated the effects of the rain, and forced the administrative authorities in the governorate to lie and claim that “the bad weather occurred suddenly without warning or notice” in order not to be accused of negligence.

The expected event occurred and a dust storm and moderate and severe thunderstorms hit Aswan on Friday evening, November 12, and lasted – according to the data of the Aswan Drinking Water and Sanitation Company – for about 55 minutes, but it was enough to collapse basic services in the governorate, cut off its roads and paralyse its movement. Let us suppose that the governorate did not receive official warnings before the crisis, which is an almost impossible assumption, but let us assume that. It is assumed that the governorate has scenarios for dealing with various crises, and it must deal with this crisis with the utmost speed and professionalism, but this did not happen.

Citizens from different parts of Aswan complained of electricity and water cuts for long hours, and the governorate’s water company admitted to stopping the operation of drinking water and sewage plants due to rain, which continued in some areas for three whole days. The Governor of Aswan went out, after the torrential rain started, to direct “the intensification of the work of the suction and scavenging and compact cars, with a total of 12 cars, while opening the manhole covers to withdraw the accumulated water from the streets.” Only 12 cars were available for one of the most famous tourist provinces in Egypt and the world.

A deteriorating infrastructure crisis across Egypt

The collapse of basic services in Aswan Governorate due to rain that lasted only 55 minutes, reflects the deteriorating infrastructure reality in all governorates in Egypt. This particular crisis has been repeated in the governorates of Cairo, Alexandria and others during the past few years. The irony is that President Sisi is building his personal glory as the moderniser of Egypt, the owner of national projects and achievements, and the developer of infrastructure for the whole country. However, it seems that Sisi’s interest in building, construction and infrastructure services is limited to the new cities he builds, not the old ones.

The government is well aware that there is a crisis in the infrastructure’s ability to drain rainwater and torrents, and that the country’s capital itself is drowning in an inch of water, as the popular saying goes, but it refuses to extend its hand to solve this crisis because it sees that paralysing the capital or entire governorates due to rain is less expensive than dealing with the crisis.

Two years ago, at about the same time, the streets of Cairo were flooded, and movement was paralysed in many places for several days. Then, the spokesman for the Council of Ministers came out and refused to criticise the government, because “the cost of establishing a rain drainage network in the governorates of Greater Cairo ranges between 200 and 300 billion pounds.” He wondered: “Is the crisis that occurs one or two days annually or every two years worth spending this large amount? And if it was worth it, will the citizens be happy when the traffic is disrupted to establish rain drainage networks?”

The regime spent hundreds of billions on its two new capitals, in the new administrative capital and the city of El Alamein, but when it comes to the old capital, the government complains about the lack of funds. The government spokesman wonders if the citizens will bear the disruption of traffic to establish rain drainage networks, ignoring that these same citizens tolerated his government’s expropriation of their homes in exchange for unfair compensation for the expansion of roads, and they tolerated the building of bridges inside the capital to facilitate traffic.

They also tolerated the demolition of their ancestors’ heritage graves in the Mamluk cemetery to establish a traffic axis serving the new capital, and they expected to uproot hundreds of trees and tens of acres of green space in order to widen roads, and before that they suffered from the lifting of subsidies on fuel, electricity and water and floating the pound. The citizen who endured all this, whether out of fear of opposition or support, would not tolerate the construction of rain drainage networks to serve him and his family so that he would not be stuck in the middle of the streets of Cairo when they were submerged in an inch of water? I doubt this.

In the fight against coronavirus in Egypt the government favours the...