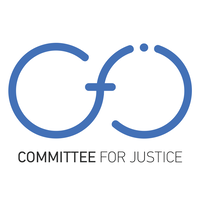 The Committee for Justice association issued its semi-annual report about violations committed inside Egyptian prisons and detention places. The report title is, “We decided to close the investigation: Mechanisms of complaint and reporting of human rights violations in Egypt in the first half of 2021.” The report mentioned a number of the most notable complaints and reports that have been recorded on behalf of the victims inside Egyptian prisons. CFJ stated that one of the most prominent problems that face the victims and their relatives and represents an obstacle to making their voices heard by the Egyptian authorities is the close communications among the official bodies and the domestic complaints mechanisms. The association indicated the existence of an alliance among official bodies and its actual collusion in the approval and continuity of these crimes and violations against the victims without any independent external supervision.

The report discussed the official mechanisms currently available to submit complaints and reports in Egypt, whether inside detention facilities or through the National Council for Human Rights, which, despite complaining about the interference of the executive authority in its work through the state security apparatus during the short tenure of the elected president Mohamed Morsi, its relationship with the current regime has been characterised by complicity rather than participation in the advancement of human rights conditions in Egypt. Another complaints mechanism discussed in the report is resorting to the Egyptian judiciary through the Administrative Court or the Supreme Administrative Court, according to the report.

The report referred to the expected role of the Egyptian Public Prosecution, the extent to which it ignored this role, and the lack of transparency in the reports it provides on places of detention, both in terms of the quality of complaints submitted to it and how it responds and investigates them. Also, the report presented the experiences of the victims and their relatives in submitting complaints and reports, and the most prominent patterns of dealing with them, including the prolonged neglect of complaints, which may extend the life of the complaint for years, as well as punishing the victims or their relatives after submitting reports and complaints to the official authorities.

CFJ also documented the authorities’ denial of carrying out violations against detainees. The various bodies investigating complaints submitted reports that the allegations were inaccurate. CFJ also recommended holding the detention authorities accountable for the crimes, ignoring the victims and their relatives and punishing the victims’ relatives. Besides, the Egyptian Public Prosecutor should respond to complaints and requests submitted to him regarding the cases dealt with in the report, and to promptly seek redress for the victims and their families from the detention authorities. CFJ also called for activating the role of the Egyptian Public Prosecution in supervising prisons and places of detention and expediting the resolution of cases brought before the administrative judiciary and the Supreme Administrative Court of the State Council to provide justice to the victims, stop crimes and violations against them, and oblige the concerned authorities to compensate them.

The association also demanded to replace the flawed role played by the Egyptian National Council for Human Rights with effective and independent mechanisms, such as the Parents’ Committees and the Visitors and Supervisors Authority, and striving to represent prisoners and include them in the mechanisms of investigation and complaints to ensure real oversight of places of detention, to achieve the credibility of complaint and redress mechanisms, and to ensure victims’ confidence in the justice system and the rights established by the constitution and Egyptian law.