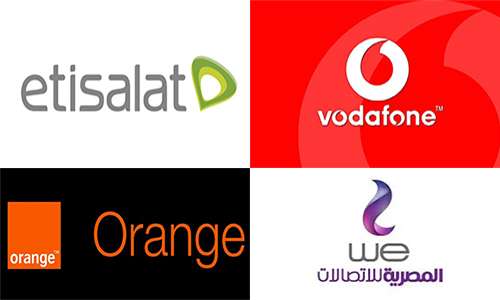 The Egyptian President Abdel Fattah Al-Sisi has decided to impose an increase of 10 per cent of customs tariffs on imported mobile phones and any other wireless networks. The customs tariff is calculated considering the total import cost that includes the price of the product in addition to the shipping cost and the applied 13 per cent VAT.

Last Sunday, the House of Representatives approve Sisi’s decree no 558/2021, published in the official gazette. The decree included some categories of imported customs tariffs issued through presidential decree no. 419/2018. The decree comes in the middle of expectations that the upcoming period will witness an increase in mobile phone prices ranging from 10 to 14 per cent for the different commercial brands. This was confirmed by the deputy president of the cellphone merchants’ section in the commercial chamber of Giza, Mohamed Hedayah, that the market is suffering from a recession due to the poor demand for products due to the increase in their prices.

In a journal statement, Hedayah added that the price of mobile phones will be increased by 25 per cent because of the application of the customs tariffs and VAT. The decree confused the mobile phone market, as suppliers stopped distribution and markets were shut down awaiting to increase prices based on the decree issued by the government.

Fakhry El-Fikky, the chairman of the House’s Budget Committee, alleged that the customs tariffs represent a central piece in the building of the state economy. This entails taking measures to protect the national industry from any harmful practices that may affect its competitive ability against imported products in both domestic and foreign markets.

Egypt is fully dependent on importing mobile phones, there is no domestic production. The total imports of mobile phones have decreased in the first seven months in the current year at 11 per cent to be $940,647 compared with $1,058,359,000 in the same months of the last year. It’s attributed to the slow import movement and the high prices of shipping services from the shipping line companies.

According to an official report issued by the Ministry of Finance, the contribution ratio of tax revenues that support budget revenues increased during the first four months of the current fiscal year to be 78 per cent compared with 75 per cent in the last fiscal year 2020-2021. Last week, the Egyptian Minister of Finance, Mohamed Maait, stated that total revenues of the final balance of the state’s general budget for the fiscal year 2020-2021 amounted to EGP 1.108 trillion including EGP 834 billion in tax revenues, representing 75 per cent of public revenues, an increase of EGP 97 billion compared to the outcome of the fiscal year 2019-2020, amounting to EGP 736.9 billion. The state’s budget is targeting the increase of general state revenues to be EGP 1.365 trillion, including EGP 983.1 billion of tax revenues.

Egyptian authorities detain a child in Sinai over charges of terrorism