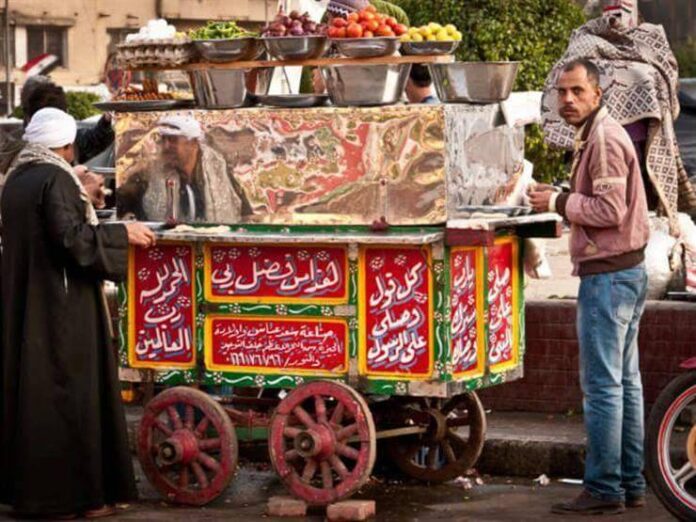 The Egyptian government is seeking to pass legal amendments aimed at imposing new taxes that essentially burden the middle class, at a time when the general population is suffering from the high prices of goods and services and high inflation, and at a time when the government is glorifying day and night about its efforts to protect and support the middle class by all means.

Parliament temporarily confronted the imposition of these new fees, as their discussion was postponed, while opposition and pro-regime MPs attacked the government, criticizing its breach of its promises not to impose any new fees or taxes that burden the Egyptian people during the current fiscal year 2021/2022.

Finance Minister: The new fees have nothing to do with the middle class

The Minister of Finance, Dr. Mohamed Maait, denied, in televised statements, that the new fees would have an impact on the middle class, stressing the government’s endeavour to develop the resources of the public treasury without harming this class, which is the safety valve of society.

The problem is that the minister, in the same television statements, listed many goods and services that his government seeks to impose fees on, which directly affect and affect the middle class, on top of which is the imposition of a 10% fee on imported coffee, which is the second most popular drink in Egypt. Coffee is not grown locally, so Egypt imports all its needs from abroad, and the country’s imports of coffee during the first eight months of 2021 amounted to $84.5 million, according to data from the Central Agency for Public Mobilization and Statistics, and then the minister comes to claim that his new taxes do not target the middle class. So, who are you targeting? And who drinks coffee?

The taxes that the government seeks to impose include a 10% fee on imported chocolate, imported perfumes and cosmetics, foreign movie shows, and a 5% fee on soft drinks, which are all goods directly consumed by the middle class. The most dangerous of all is the government’s attempt to impose a fee of 2% on the final price of durable goods (household and electrical appliances, etc.), in addition to a 14% value-added tax imposed on these goods, which raises the value of these goods significantly, and burdens the burdens All citizens, not just the middle class. Who does not use the refrigerator, television, stove, vacuum cleaner and other goods that the government wants to impose new fees on?

The government is not satisfied with this, but continues the policy of “levying” that it has followed since President Abdel Fattah El-Sisi came to power in 2014, imposing a fee of 100 Egyptian pounds (6.5 dollars) on every citizen who wishes to leave the lands of the republic! A citizen decides to leave the country and travel, so the government decides that he should not go unnoticed, but must pay first!

The new taxes include imposing 3% of the value of each commodity purchased in duty-free shops with a minimum of one and a half dollars, and 10% on imported electric shavers and hair dryers, coffee and tea makers, headphones and earphones, and wrist and pocket watches. Theatre performances, circuses, amusement parks, parks, and public parties in sports or social clubs have not been spared from the government’s hand, as it seeks to impose a 10% fee on them, and then the government comes to claim that its taxes do not target the middle class, so who is it targeting?!

Because of the effects of these fees on the middle class, many parliamentarians, whether opposition or loyalists, rejected them, considering that they “destroy the middle class.” Representative Abdel Moneim Imam announced his rejection of the government’s draft law to increase fees for some goods, stressing that “it is illogical that the size of the increases reach these rates at a time when the world is facing an inflation crisis, and these policies are against the citizen and destroy the middle class, and the Egyptians have become suffocated with fire,” the prices”.

Representative Ayman Abul-Ela described the law as “a poison in honey,” adding, “I refuse to tickle feelings about talking about that this imposed increase is related to commodities such as caviar and alcohol, because there are durable goods and other commodities such as coffee, chocolate and drinks that fall under these amendments, They are commodities of interest and touch every Egyptian home.” Representative Mahmoud Badr rejected the law, stressing that “it is unreasonable at a time when citizens are facing a significant increase in goods, services and electricity and water bills, we are presenting a draft law that increases new tax burdens.”

In order to avoid the parliament’s rejection of these fees, the pro-regime majority party suggested postponing the discussion of new bills for further study, amid expectations that the government would reformulate the law to ensure the reduction of some fees to ensure its passage in Parliament without a major crisis.