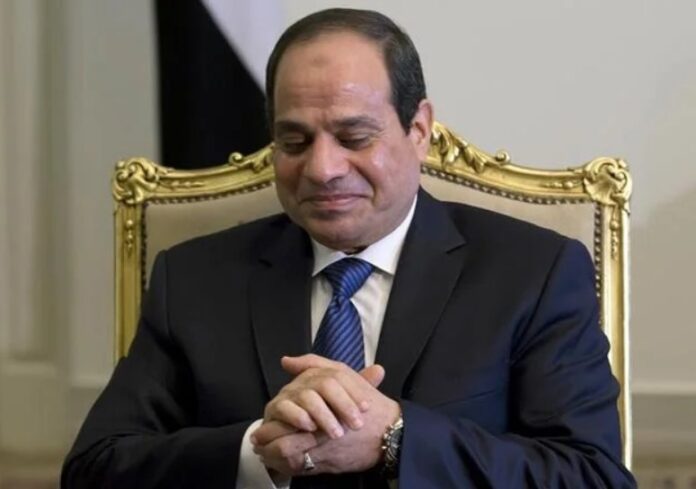 A few days ago, President Abdel Fattah El-Sisi issued a sudden decision to stop granting food subsidies cards to newly married couples, declaring that the subsidy has been the reason for the state’s decades-long delay toward development. Unfortunately, this decision was preceded four months ago by a similar decision to cut the subsidies for bread, thereby increasing the price of the commodity, which is a staple food for Egypt’s poor.

The president seemed – as usual – very upset about the size of the burdens borne by the government and demanded the country’s poor – as usual – to bear the costs stemming from the removal of subsidies. This they are called upon to do for the sake of the nation’s progress. Still, it seems that the austerity slogans flaunted by Sisi are directed to the poor only; they mean nothing to him, as he continues to enjoy the people’s money, buying new planes, and building luxurious palaces.

A few months ago, Sisi bought a giant Boeing B747-8 luxury plane, a Jumbo Jet, which costs about $418 million to replace the current presidential aircraft. Sisi’s new plane has been in Boeing’s airfields since 2012 after the German company Lufthansa cancelled its purchase order, as it was part of a deal concluded by Lufthansa with Boeing to supply it with 20 planes. The German company accepted 19 of them and rejected this plane. According to the German Flag Review website, which specializes in aircraft, the reason for Lufthansa cancelling the purchase of the Boeing B747-8 is due to two reasons:

The first is that Boeing has included the plane in flight tests more intensively than was agreed in the contract, in addition to the presence of strange technical changes in the plane. Life came back to the B747-8 plane after it was included in the Boeing sales orders last February so that the company’s technicians began operating the mechanical systems in July. Then, in August, the plane took off directly to Boeing Airport in Everett Washington, where it appeared on the tarmac under the name “SU-EGY,” which indicates that it had become affiliated with the Egyptian government because SU is the symbol of the Arab Republic of Egypt.

Paradoxically, the value of this plane is slightly less than the price of 14 jets purchased by the presidency during the 30-year reign of the late President Hosni Mubarak. Their combined value amounted to $507 million, while Sadat owned two Boeing 707s, which were gifted to him by Sheikh Zayed bin Sultan, the ruler of the Emirates. He also had a helicopter given to him by former US President Jimmy Carter.

On the other hand, Gamal Abdel Nasser preferred to charter a plane for his transportation and did not buy a presidential plane during the long years of his rule. The B747-8 will replace Egypt’s current Airbus A340-200 SU-GGG presidential aircraft in service since 1995. This is the fifth presidential plane Sisi has purchased since he took office. He had previously purchased four luxury planes in 2016 of the “Falcon-7X” model produced by the French company Dassault Aviation, in a deal worth €300 million ($354 million).

The Falcon is 23.2 meters long, 2.34 meters wide and 1.88 meters high. It can carry eight passengers, other than the cabin crew and can fly approximately 11,000 kilometres. It comes equipped with many services such as satellite phones, coffee makers, microwave ovens for heating food, and spacious sitting and sleeping areas. This deal was concluded while Egypt was facing a severe economic crisis. Only three months before, the government decided to liberalize the pound’s exchange rate, raise the prices of petroleum products, and lift subsidies on electricity and other essential materials in November 2016.

Thus, during only seven years, during the period of his rule, Sisi has bought planes worth $774 million. He comes to reduce the ration and bread subsidies on the pretext that there is no money, asking the people to bear it, but he cannot bear to use presidential planes dating back to the eras of previous regimes.

Al-Sisi is building another luxurious palace, in the style of the White House, on the seashore in the new city of El Alamein, which he decided to make as a summer resort for the government to enjoy the cool Mediterranean air, instead of the hot atmosphere of Cairo. Sisi built the third palace at the beginning of his reign in the military district of Hykestep. It is a luxurious palace containing an airstrip, green gardens and administrative buildings. Next to it are four luxurious villas containing private swimming pools that were said to be dedicated to Sisi’s senior military aides.

Al-Sisi does not deny that he built all these palaces. In a speech delivered on 14 September 2019 he admitted: “Yes, we have built palaces and will build more but not for myself. I’m working to build a new Egypt.” As a result, Egypt, the big country Sisi mentions when faced with criticism for spending billions of pounds of public money on presidential palaces for himself and his family, has become increasingly impoverished with insufficient money to support or provide for its citizens.

The stray empire: The military monopolises the halal meat market