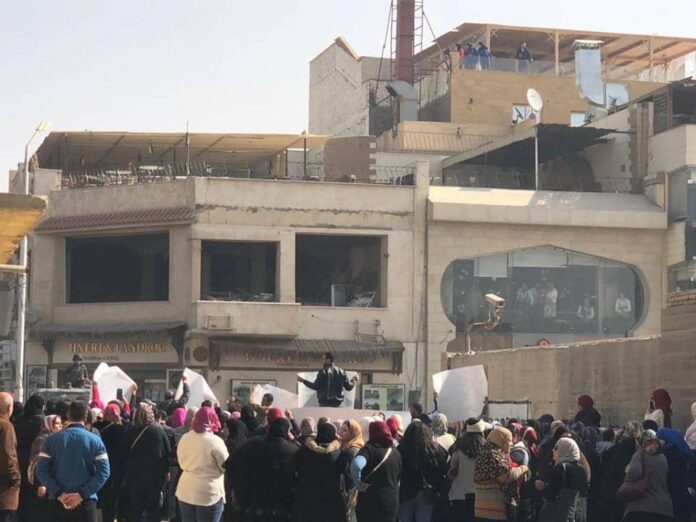 41 residents of the Nazlat al-Samman area in Giza filed a lawsuit before the State Council regarding a decision by the Prime Minister to expropriate their land and real estate. The lawsuit, against the Prime Minister, the Minister of Housing, the head of the Urban Communities Authority and the head of the Haram neighborhood, demands an urgent halt to the implementation of the decision, its rescission, and the annulment of its consequences.

The Official Gazette had published last week the Prime Minister’s decision to seize, by direct execution, lands and real estate extending from Al-Ahram Street to Abu Al-Hol Street, and from Al-Mansuriya Axis to the borders of the archaeological area in Al-Haram neighborhood, for the benefit of Giza Governorate. The governorate had requested the Ministry of Local Development, on November 15, to expropriate land and real estate in the area, specifying lists of owners and the cadastral maps of the project. In response, the residents filed a lawsuit to stop the expropriation decision before it was issued. While the removals began in August, the lawsuit has been adjourned until January 20th. Now, the residents are demanding an early date and a halt to the removals.

Lawyer Muhammad Abu Salib, who represents the residents, said that the inventory process accompanying the expropriation decision contained errors in estimating houses and naming owners. The names of the owners of most of the houses were not mentioned, in addition to not informing many owners of the removal decision, he added.

The residents confirmed that they did not expect the expropriation decision to be issued because they bet, until the last moment, on the wisdom of state institutions, pointing to their wish that President Abdel Fattah El-Sisi cancel the decision, which some considered a losing bet, as the decision, they said, was made only with his blessing.

According to the residents, the state plans to build luxury hotels and cafés, and to benefit from investment in the area, at the expense of the thousands of families inhabiting it. They also believe that the establishment of the Great Museum does not justify the removal of their real estate, as the old area can be developed and preserved with the presence of its residents.

University exams cancelled due to coronavirus