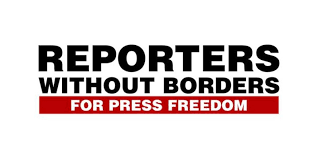 Reporters Without Borders issued a statement expressing its full support for the journalist and editor-in-chief of the Darb news website, Khaled Al-Balshi, after he was summoned for investigation before the Public Prosecution on charges of spreading false news.

The organization confirmed its full support for Al-Balshi, who is again targeted by the authorities. Al-Balshi was summoned on charges of spreading false news aimed at questioning the integrity of parliamentary elections and urging citizens not to participate in it.

Several parties, organizations and public figures, including politicians, journalists, and human rights defenders, declared their solidarity with Al-Balshi, considering that the investigation with him comes as part of a process of besieging Darb that began with blocking the website in Egypt a month after its launch, and the arrest of its journalists Islam Al-Kalhi and Kamal Al-Balshi, Khaled’s brother.

The Central Cairo Public Prosecution has set January 4 as the date to investigate Al-Balshi, regarding news attributed to the website he runs about the last parliamentary elections and the conditions of political detainees. Al-Balshi stated on his Facebook page that he, along with a member of the Journalists Syndicate, Hisham Younes, and the lawyers had seen the official statement issued against him, but they were not allowed to photograph it.

A number of 9 citizens had submitted complaints against Al-Balshi, according to the prosecution. They considered that Darb’s publication of the National Council for Human Rights’ report on one of the stages of the last parliamentary elections is false news aimed at questioning the integrity of the elections, undermining the electoral process, and urging citizens not to participate in it.

Committee for Justice: ‘The Egyptian authorities’ statements about prison conditions are...