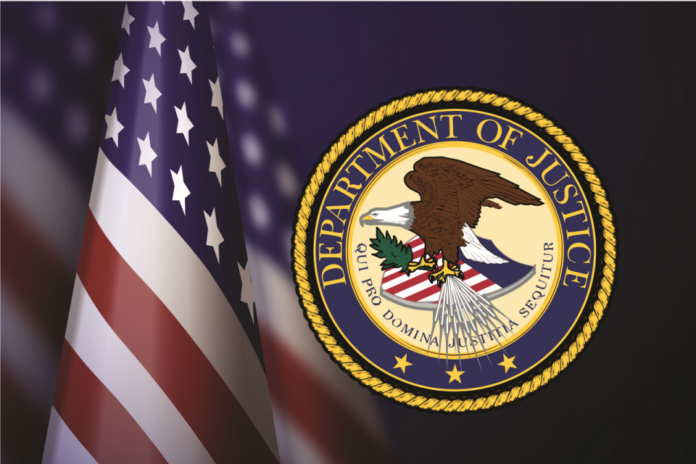 The US Department of Justice has announced the arrest of an Egyptian citizen, on Thursday, on criminal charges related to conspiring to act as a foreign agent tracking political opponents of Egyptian President Abdel Fattah Al-Sisi in the United States.

According to court documents, Manhattan resident Pierre Girgis, 39, worked at the direction of several Egyptian government officials to advance its interests in the United States.

According to the US Department of Justice statement, Girgis tracked down and attempted to secretly gather information about the activities of political opponents of the Egyptian president. He also made use of his relationships with US law enforcement officers to collect non-public information and pass it on to Egyptian officials and to coordinate meetings between US and Egyptian law enforcement authorities in the United States.

Assistant Attorney General Matthew G. Olsen said: “The Department of Justice will not allow agents of foreign governments to operate in the United States to pursue and collect information about critics of those governments. Working at the direction of the Egyptian government, Girgis agreed to target its perceived critics located in the United States. This indictment begins the process of holding him accountable for his actions in contravention of our laws and values.” US Attorney Damian Williams said: “As alleged, Pierre Girgis failed to meet his requirements to register as a foreign agent in the United States.”

FBI Assistant Director-in-Charge Michael J. Driscoll said: “Agents of foreign countries are required to register with our government for a good reason – they often act in their home country’s interests and against those of the United States. We allege Mr. Girgis sent non-public information back to Egypt for the benefit of the Egyptian government. Mr. Girgis broke our laws, and we must hold him accountable.”

According to the investigations of the FBI’s Counterintelligence Division and the New York Field Office, on May 7, 2018, Girgis discussed his status as an agent of the Egyptian government with an Egyptian official using an encrypted messaging application. During the conversation, the Egyptian official expressed frustration that Girgis had communicated with personnel from a different Egyptian government agency and warned Girgis that “it is not possible to open with all the agencies.”

Later in the encrypted messaging exchange, the Egyptian official advised Girgis that other Egyptian government agencies “want sources for themselves, and you have become an important source for them to collect information.” Girgis responded, “I know, and I see and I learn from you,” and then informed the Egyptian, “it will not be repeated again.”

The Egyptian official then instructed Girgis “to ask the US law enforcement officer for something. We want you to find out if there are any police trainings happening in Manhattan in the coming days, and if so, who are the people in charge of these trainings? We would like to attend.”

Ethiopia: The second filling cannot be stopped and we do not...