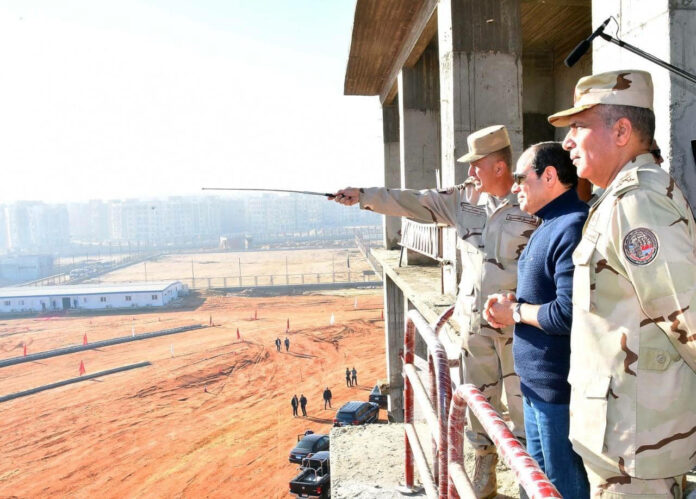 A number of residents of the Sixth and Seventh neighbourhoods of Nasr City filed a lawsuit to the Administrative Court of the State Council, challenging the Prime Minister’s decision to expropriate their homes. In their lawsuit, the people disputed the Prime Minister, the Minister of Housing, the Minister of Interior, the Governor of Cairo, and the Sheriff of the Nasr City Police Department, demanding that the implementation of the decision be halted, and the formation of a committee of experts from the Ministry of Justice, the Ministry of Housing and one of the engineering colleges, whose task would be to prepare a complete report on the construction safety of the area’s properties.

The Nasr City neighbourhood started talking with residents of the Sixth District about providing alternative housing for 122 blocks, comprising 3,500 apartments, in preparation for their removal under the pretext of developing the area. The state-owned newspaper Akhbar Al-Youm quoted sources saying that Cairo Governorate will demolish the Sixth District area in Nasr City, claiming that there are a number of buildings that are in ruins. The sources added that it is planned to build skyscrapers similar to what was built in the Maspero Triangle instead of the dilapidated buildings.

The source explained that the owners whose properties will be removed will be compensated in cash or by renting apartments for them until the completion of the development project, and then they will be returned to the area. State facilities in this area are currently being removed, foremost of which is the one-day surgery hospital affiliated to the Ministry of Health and Population, and the Nasr City Youth Centre affiliated with the Ministry of Youth and Sports.

Another source revealed that the governorate will start removing 125 properties known as the Taawoniat Buildings. These properties are inhabited and located on the main Nasr Road in front of the Medical Centre of the Arab Contractors Club. The source said that the governorate aims to build residential towers, and to include the project within the presidential initiative to provide 100,000 furnished housing units on the rental system, and make them available to newly married couples.

Prime Minister Mostafa Madbouly met with the Minister of Housing, Assem Al-Jazzar, and the Executive Director of the Social Housing Fund, Mai Abdel-Hamid, last Sunday, to follow up on the implementation of the project. On December 28, President Abdel Fattah Al-Sisi directed the government to build 100,000 housing units for rent to newly married couples.

Egypt is sacrificing its water for its Gulf allies