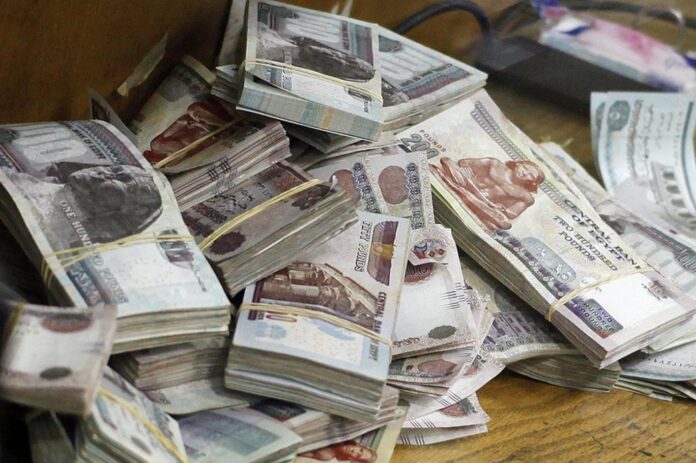 The annual general inflation rate in Egypt continued its upward trajectory, as it recorded a 6.5 per cent increase in December 2021, due to the increase in the cost of education, food and beverages nationwide compared to December 2020, according to data from the Central Agency for Public Mobilisation and Statistics.

These numbers are consistent with the citizens’ general sense of the increase in prices, while the government did not take any serious steps to limit this rise. Rather, it made matters worse by announcing, a few days ago, an increase in the price of a number of subsidised food commodities, and a decision was issued to prevent issuing ration cards for newly married couples, while it is expected that a new increase in petrol prices will be announced in the coming days.

Education and food costs go up

The data issued by the Central Agency for Public Mobilisation and Statistics showed that the education group topped the various spending groups in terms of price changes, as it rose by 13.9 per cent compared to December 2020, and this is due to the government’s decision to increase the expenses of its affiliated schools, according to Doctor Heba El-Leithi, Professor of Statistics at the Faculty of Economics and Political Science at Cairo University.

The prices of the food and beverage group increased in December by 9.7 per cent, and it is the group that represents the largest relative weight in the consumption basket on which the inflation rate is based, which analysts attributed to being affected by the rise in food prices globally due to supply chain disruptions and the shipping crisis.

Expectations of a rate hike

According to the available data, the average inflation rate in the country during the past year was 5.8 per cent. Economic analysts expect the inflation rate to continue to rise during 2022, to range between 6.5 per cent to seven per cent. This, perhaps, reflected on interest rates in a way that the Central Bank may raise them in a range ranging from 0.5 per cent to one per cent.

The government is exacerbating the suffering

The government is not working to ease the burden of price hikes on citizens who complain day and night about their inability to cope with the new increases in light of their limited incomes.

The high costs of education are linked to government decisions to increase the expenses which must be paid to schools where 22 million pupils are currently studying. Although these expenses are not large when compared to the expenses of private and international schools, they represent a great burden on Egyptian families if we take into account that about 30 per cent of Egyptians live below the poverty line, according to figures before the corona pandemic, while 60 per cent of Egyptians are either poor or threatened with poverty, according to the World Bank.

In late December, the government took a decision to increase the prices of seven food commodities, including sugar, pasta, lentils and industrial margarine. Prior to that, in October, the price of supply oil was raised.

According to decisions issued directly by President Sisi, the government is moving to reduce subsidies directed to the poor. Sisi ordered a halt to granting catering support cards to newly married couples, claiming that the subsidy is the reason for the state’s delay in development.

These decisions reveal the existence of a kind of separation between the regime and the Egyptian people. Instead of alleviating the increasing burdens on citizens, the government exacerbates them with its new decisions. The regime only cares about maintaining the general economic indicators from growth and debt deficit, so that it can boast about them abroad and attract new investment without the slightest sense of responsibility towards citizens who are unable to meet their basic needs in light of successive price hikes.