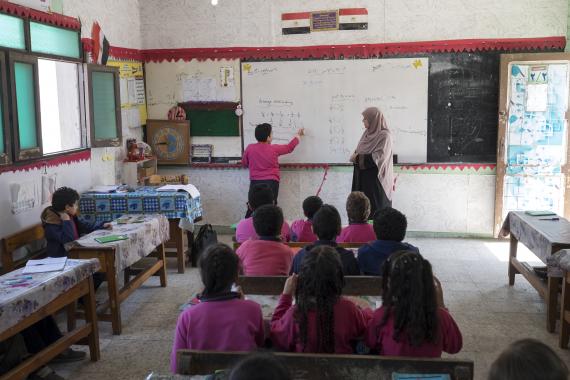 The number of students at the pre-university level in the 2020/2021 school year increased by about one million male and female students, compared to the academic year 2019/2020, while the number of teachers decreased in the same period by about 10,000 teachers, according to the latest data published by the Central Agency for Public Mobilisation and Statistics. These numbers reinforce what was previously confirmed by education experts that the number of students is increasing in exchange for a decrease in the number of teachers, due to the government’s reluctance to appoint new teachers since 2014 (President Abdel Fattah Al-Sisi’s rise to power), which is exacerbating the education crisis in the country.

The community education schools (schools of a special nature that provide educational services in remote areas deprived of education and target children who have dropped out of education) include 136,300 students, representing 0.5 per cent of the total students in the pre-university education stages.

Notes on the margins

The latest statistics are in line with the past years in terms of a decrease in the number of teachers and an increase in the number of students each year compared to the previous one. The impact of this change was clear at the beginning of the current school year, when a noticeable overcrowding in classes was observed, which led to severe tensions between parents and school administrations.

The number of teachers Egypt is short of, according to official government figures, is 250,000. The Minister of Education, Dr. Tariq Shawky, has repeatedly repudiated his responsibility to solve the crisis, stressing that this is a crisis of the state, and that President Sisi has ordered since 2014 that new appointments be stopped, indicating that whoever wants to direct criticism should direct it at Sisi directly.

Does Egypt plan to produce a coronavirus vaccine?