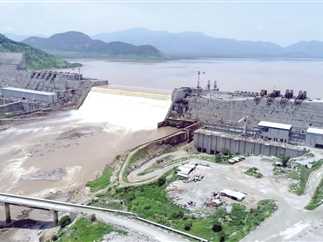 The Egyptian government presented an offer to resume negotiations on the Grand Ethiopian Renaissance Dam, between Egypt and Sudan on the one hand, and Ethiopia on the other, expressing its hope that an agreement could be reached. Negotiations were suspended on 4 April. This came in a statement by the Egyptian Prime Minister, Mostafa Madbouly, on Tuesday, during which he stressed Egypt’s keenness to reach a binding legal agreement regarding the filling and operation of the dam. He added that Egypt wants to reach an agreement that achieves common interests, balancing between Ethiopia’s electrical benefit from the dam and the absence of harm to Egypt and Sudan.

The statement clarified Egypt’s interest in resuming negotiations with the aim of expediting the resolution of the technical and legal dispute points, in order to reach a fair agreement that takes into account Egypt’s water scarcity and its dependence mainly on the waters of the Nile River. Madbouly added that there is no doubt that achieving development in all Nile Basin countries has always been a priority for Egypt, by providing aid and expertise to help these countries.

The Ethiopian authorities have demanded that both Egypt and Sudan change their rhetoric regarding the Renaissance Dam in a way that raises the tone of peacebuilding. This came in a statement by Ethiopian Prime Minister Abiy Ahmed, in which he affirmed that his country has ambitions to build a modern economy based on agriculture and industry and that it is committed to developing social infrastructure, education and health systems.

Abiy Ahmed noted that electricity is a basic infrastructure that Ethiopia lacks, and more than 53% of its citizens, or about 60 million people, do not have access to it. He added that without electricity, a country cannot defeat poverty, achieve comprehensive growth, secure a decent life for its citizens, and achieve sustainable economic, social and environmental development. Ethiopia also announced its intention to remove 17,000 hectares of forests in the vicinity of the Renaissance Dam, next February, in preparation for the third filling of the dam is built on the Blue Nile River. Officials said the forests’ removal would likely be completed within 60 days of starting work.

For their part, Egyptian experts say that the second filling of the Ethiopian dam has not been completed in the first place.

State Security Prosecution orders the imprisonment of a young man who...