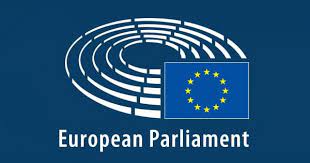 One hundred and seventy five parliamentarians, including members of the European Parliament, have called on the governments of European countries to work on establishing a United Nations human rights monitoring mechanism in Egypt.

In a letter addressed to the foreign ministers of European countries and ambassadors to the United Nations Human Rights Council, the parliamentarians urged governments to secure the establishment of a United Nations human rights monitoring and reporting mechanism in Egypt, and to take firm measures to this end at the next session of the Human Rights Council in March.

The parliamentarians expressed deep concern about the international community’s continued failure to take any meaningful action to address the human rights crisis in Egypt, noting that this failure, along with European governments’ continued support for the Egyptian government, only served to deepen the Egyptian authorities’ sense of impunity.

The letter stated that since the ouster of former Egyptian President Mohamed Morsi in 2013, the Egyptian authorities have ruled the country with an iron fist, brutally and systematically suppressing all forms of dissent, and severely reducing civic spaces. It has also arbitrarily arrested thousands of opponents, including dozens of human rights defenders, journalists, lawyers, and peaceful activists.

The letter explained that many detainees spend long periods of time in pretrial detention before being referred to court, and others are serving sentences handed down following grossly unfair trials, including before military and emergency courts. Those released are also subjected to extrajudicial arbitrary measures by National Security Agency officers. In addition, there is widespread systematic torture at the hands of police officers, according to the United Nations Committee Against Torture.

The letter addressed the situation of the few remaining independent human rights organisations, and said that they are in great danger, and that their activities have been restricted. It also stressed that local and international organisations continue to document a wide range of human rights violations there, including enforced disappearances, extrajudicial executions, arbitrary detention of women on “moral” grounds, and trials of children with adults. It said that in 2020, Egypt became the third largest country in the world in terms of implementing the death penalty, with 107 executions recorded.

The parliamentarians described the recent steps announced by the Egyptian authorities to improve the human rights situation as modest. They explained that the Egyptian National Human Rights Strategy, which was drafted in a non-transparent manner and without consultation with independent organisations, overlooks past and current serious human rights concerns.

Egyptian soldier and collaborator killed in attack on ISIS site in...