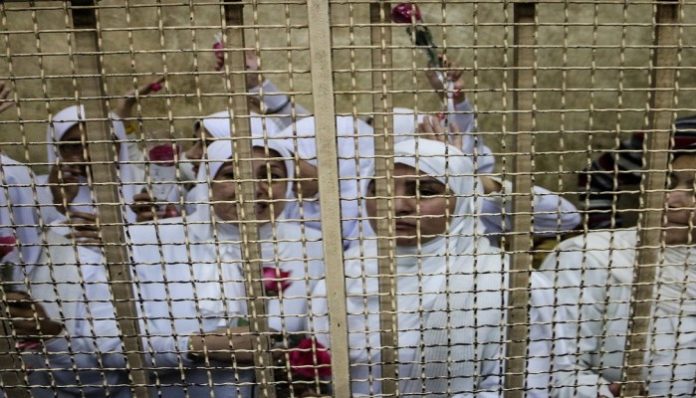 On March 8 the world celebrated International Women’s Day. This day was supposed to be a feast for the women of Egypt as well, but their situation deprived them of their right to enjoy their feast as they should. Far from what the news reports say, that President Abdel Fattah Al-Sisi’s regime respects Egyptian women and is seeking to eliminate all forms of discrimination against them by giving them their full rights and opportunities, the reality says the opposite. The reality is that Egyptian women are suffering, and the system and its policies are responsible for this.

Egyptian women have not been spared from security persecution because of their political activities under the regime of President Sisi. According to human rights documentation, there are 294 women and girls who are currently in detention pending cases of a political nature, in addition to the enforced disappearance of 10 women whose whereabouts are not yet known. Thirty-nine of these women are serving prison sentences ranging from three years to 25 years, in addition to 164 of them who are remanded in custody in various places of detention, and 41 women who have been recycled onto other cases after they were released. There are 50 women who have been ordered to be released but have not yet been released.

Female detainees have been subjected to torture, sexual abuse, prolonged solitary confinement and have been denied access to health care. For example, the 42-year-old detainee, Aisha Al-Shater, was severely beaten and electrocuted after her arrest in November 2018 in connection with her human rights work. Aisha was subjected to prolonged solitary confinement in conditions that amount to torture, according to Amnesty International. The regime deliberately deprives Aisha of her right to adequate health care, as she suffers from aplastic anemia, a rare and serious condition that affects the blood, and requires specialised, intensive, and continuous treatment in an appropriately equipped medical facility, but this does not happen, which puts her life at risk.

Lawyer Hoda Abdel Moneim, 62, a former member of the National Council for Human Rights and a lawyer with the Egyptian Coordination for Rights and Freedoms, has been subjected to flagrant violations since her arrest in 2018, including enforced disappearance, denial of visitation, and medical neglect. Hoda needs a stent procedure and a heart catheter after suffering from a blockage in the coronary heart arteries. She also suffers from excruciating pain because her left kidney has completely stopped working, with regurgitation in the right kidney, without receiving proper health care.

According to official figures dating back to 2020, there are 48 million women in Egypt, 23 million of whom head their families, representing about 14 per cent of the total number of Egyptian families. The austerity measures taken by the Sisi regime since he took power in 2014, which included floating the pound so that it lost more than 100 per cent of its value, reducing fuel and electricity subsidies, and increasing taxes and fees on hundreds of goods and services, have burdened Egyptian women, and plunged them into poverty and destitution.

Like men, the Egyptian women who support their families are no longer able to meet their needs considering the waves of inflation that have divided Egyptian families in recent years. Egyptian women do not need celebrations and words of praise, they need real support, and they need the government to stop tampering with the livelihoods of the poor through its continuous plans to reduce subsidies and impose new taxes and fees.