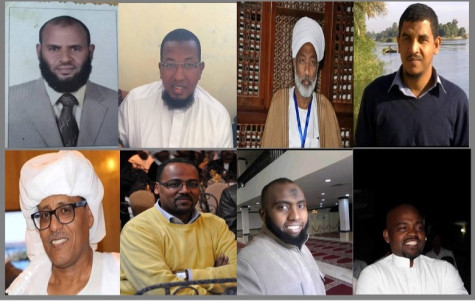 Amnesty International has called on Egyptian President Abdel Fattah El-Sisi to intervene with Saudi King Salman bin Abdulaziz in order to release ten Nubians who have been detained in the kingdom without investigation or trial since July 2020.

The organization said that during his visit to Riyadh, Sisi should demand the immediate and unconditional release of the 10 Egyptian Nubian men detained in Saudi Arabia solely for organizing a peaceful event.

Six human rights organizations had renewed their demands for the Egyptian government to immediately intervene to release 10 Egyptian Nubians who have been detained by the Saudi authorities for nearly two years. The organizations had condemned, in a joint statement last November, the Saudi authorities’ trial of detainees in the absence of some of their lawyers, and without informing them of the list of charges against them. The statement condemned the position of the Egyptian Consulate in Saudi Arabia, which issued a statement indirectly repudiating its responsibility for the detainees.

The organizations renewed their demand for the Egyptian authorities to intervene immediately to release the detainees, stressing their strong condemnation of depriving these citizens of their right to a fair trial. The organizations also condemned their continued arbitrary detention, holding the Saudi authorities fully responsible for their safety. According to the relatives of the detainees, the 10 Egyptians face terrorism-related charges, which is extremely worrying as it means they may be sentenced to years in prison by a terrorism court known for its deeply unfair sentences.

The statement indicated that the case dates back to October 25, 2019, when a group of Nubian associations in Saudi Arabia decided to organize a celebration to commemorate the Nuba heroes and martyrs in the October 1973 war. Then the Saudi authorities arrested 10 Egyptian Nubians, who were asked during the investigations about not placing the image of the current President Abdel Fattah El-Sisi among the pictures hanging during the celebration – even though the current president did not participate in the war, and the pictures were limited to war heroes from the Nuba region.

According to the organizations, it is surprising that the Saudi authorities released the accused after two months of their detention, on December 25, 2019, and then re-arrested them again on July 14, 2020. In the second time, the General Directorate of Investigation in Saudi Arabia, which is affiliated with the Presidency of State Security, took over and the accused were arrested and detained without investigation. They were also prevented from accessing a lawyer and allowed a weekly family phone call, but no visits.

Four months after their arrest, they were transferred from Al-Ha’ir Prison in Riyadh to Asir Prison in Abha. When their relatives attempted to communicate with Egyptian government officials, including the Minister of Immigration and the Assistant Minister of Foreign Affairs, they confirmed their knowledge and follow-up, but without concrete intervention. The detainees’ families also submitted complaints to the Council of Ministers, to no avail.

Annual inflation rate in Egypt rises to 6.1% in July