EgyptWatch
Home Reports “Pay to get your right”: Significant increase in litigation fees in Egypt... 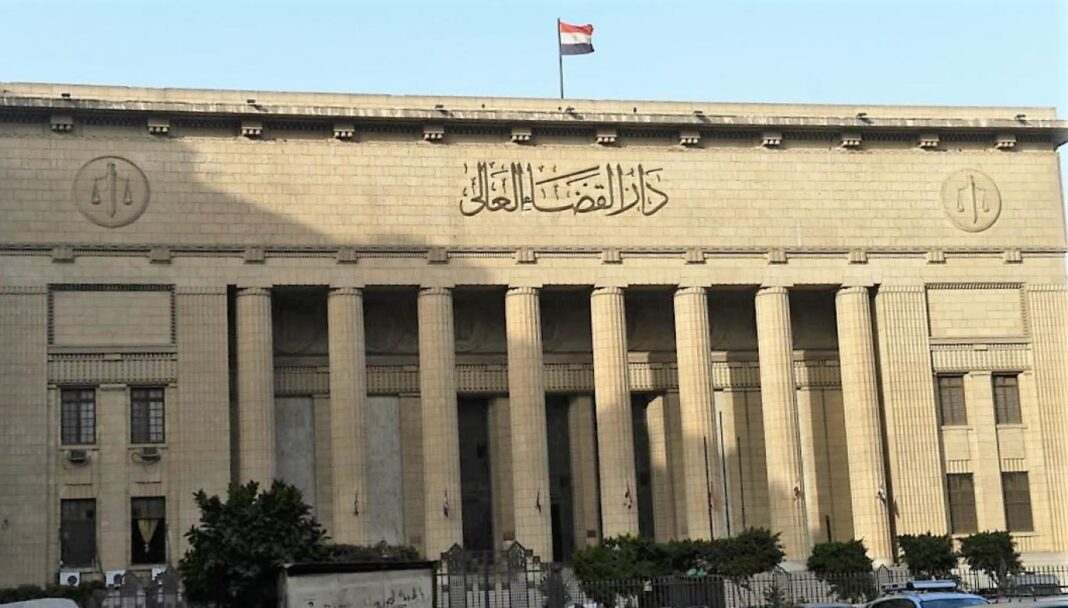 While the Egyptian constitution stipulates, “Litigation is a safeguarded right guaranteed to all,” successive exaggerated increases in litigation fees made this right “to those who can pay for it.” The heads of Egyptian courts, under the auspices of the Ministry of Justice, have turned the courts into fiefdoms in which they impose fees, from which they receive a share, in flagrant violation of the law and judicial rulings that stipulate that “there are no fees except by law.”

An Egyptian woman, while filing a personal affairs lawsuit against her Egyptian husband, who resides in the United States, demanding him to pay the education expenses of their son, was surprised that the court refused to receive the lawsuit unless the new rules were met, including translating the declaration of the lawsuit into a certified foreign translation, and that the uploader had The case is a bank account in dollars in one of the banks, and that the claimant sends a bank transfer from his bank account of $95.

Lawyer Khaled Ali stressed that this decision “is an administrative decision against constitutional principles and in violation of the law, as it restricts and exhausts the right to litigation without a legitimate reason, and without a provision in the law that allows the issuance of such a decision.” Ali explained that “the requirement to translate the declaration of the lawsuit, even though the one to whom it was announced is Egyptian and Arabic-speaking, makes this decision missing the basis of the legitimate reason on the one hand, and on the other hand, the requirement to open an account in foreign currencies and pay the amount of $95 came in violation of the law, which states that all lawsuits Personal statuses are exempted from fees and expenses, and the Minister of Justice is not entitled, by an administrative decision, to impose costs on procedures for filing a case that is not established by law.

The new fees affect women’s rights to file personal status cases if the man is outside the country, so the announcement of the issue is the first procedure to start judicial litigation. The problem does not occur without it, so where does the wife or divorcee who is forced to enter the judiciary obtain her alimony or small alimony by translating an announcement? The lawsuit is an official certified translation that may cost up to 3 thousand pounds? From where does she have dollars that allow her to open a bank account in a foreign currency? Where did she get the $95, besides the wire transfer fees? And if the court asks for a re-announcement of the lawsuit, it will pay 5,000 new pounds to find itself obligated to arrange an amount of 10,000 pounds to announce and re-announce the lawsuit? This is in addition to the rest of the lawsuit and litigation expenses.

In another case, Muhammad al-Omda, a businessman from Assiut, could not appeal a ruling against him, rescinding the purchase contract of a retail store. However, that appeal is a right guaranteed to him. When his lawyer requested a copy of the ruling, the court refused to hand over the papers unless he paid EGP 214 thousand, worthy of 7.5% of the disputed contract value, as litigation fees. The mayor was unable to arrange the required amount. He did not obtain a copy of the judgment until the 60-day deadline for submitting an appeal to the Court of Cassation. Who lost his right to resort to various degrees of litigation.

Paradoxically, this procedure is a flagrant violation of the Civil and Commercial Procedures Law, which stipulates in Article 255 that the appellant is obligated to attach to his appeal paper documents that support the appeal. The employees of the court that issued the appealed judgment or the first instance judgment, as the case may be, must deliver “without Claiming fees” for whoever of the litigants he wants, within seven days, what he requests from copies of judgments, documents or papers.

Lawyers’ pages on social media platforms are full of complaints about excessively high court fees without legal basis, as judicial authorities have imposed “mechanized service fees”. However, the service has not changed and is still in poor condition. In addition, the fees for obtaining certificates, copies and photocopying have been increased, as photocopying a single paper in a case costs 5 pounds. If the average number of documents in a topic is 200 sheets, the required amount is 1000 pounds for only one item, which exceeds the capacity of most citizens who live at 60%. According to World Bank estimates, some of them are below the poverty line or close to it.

The task of the Egyptian courts is no longer to establish justice among the people. Instead, its mission is to collect from the citizens under the nose of the state, which is happy with the entry of new resources into its coffers. As a result of this approach, the courts increased and even doubled their financial proceeds. On February 23, the State Council announced the success of the Claims and Follow-up Unit for State Rights Collection, which was established in September 2019, collecting about One billion and 100 million pounds under the item of judicial fees during the judicial years from 2019 until now.

The council explained that the total judicial fees collected during the six months of the current judicial year 2021/2022 amounted to more than 250 million pounds, compared to about 93 million pounds received by the council during the judicial year preceding the establishment of the unit (2018/2019). This gives us a glimpse of the increase in fees charged to citizens to obtain their right to sue, and what makes the matter even more difficult is the lack of a specific standard on prices that is applied in all courts, as each court is allowed to exercise its “discretion” in charging fees to litigants in front of her! There is no wonder that Egypt ranks 136 in the Rule of Law Index for 2021, issued by the World Justice Project (WJP), out of 139 countries covered by the index.

Egyptians buy fuel at more than its real cost… Why?

Sectarian strife rears its head in Egypt again: Who woke it...