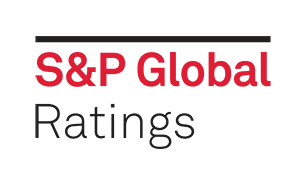 Standard & Poor’s Global Ratings expected that Egypt would become the largest issuer of sovereign debt among emerging markets in Europe, the Middle East and Africa, with issuances amounting to $ 73 billion during the current year 2022, exceeding what it borrowed last year through bonds by about $ 10 billion. These expectations come amid a challenging economic crisis in the country. The government tried to mitigate its impact by reducing the pound’s value against the dollar and raising the interest rate. Still, to no avail, the government is moving to expand more borrowing to cover its financial needs.

New debt to pay off the old

All countries of the world issue sovereign bonds on an ongoing basis as a form of borrowing to cover their cash needs, which is what Egypt has significantly expanded since President Abdel Fattah El-Sisi ascended to power in 2014. According to Standard & Poor’s, Egypt borrowed about $63 billion last year through its bond issues. Affected by the repercussions of the Corona pandemic, from which the world has not yet recovered, the Russian invasion of Ukraine, global inflation, and the high fiscal deficit, Egypt’s needs for cash will increase, so the institution expects to issue bonds amounting to 73 billion dollars during the current year, which will make it surpass Turkey as the largest issuer sovereign debt in the region. According to the institution’s analysts, Egypt is among the countries with the largest share of debts that must be renewed this year, noting that short-term debts amount to 26% of the total debt stocks in Egypt.

The problem is that these loans are not aimed at establishing productive projects that will extricate the country from the vicious circle of debt in which it revolves. Instead, they aim to pay off previous debts through bonds issued to pay the value of old bonds, as this rate in Egypt is about 33.5% of the GDP, a significant difference from the countries of the region, which means that Egypt will be more sensitive to being affected by rising interest rates globally.

Fears of the significant rise in debt

The Egyptian public debt has witnessed a significant increase in recent years. The internal and external debt amounted to EGP 5.66 trillion during the fiscal year 2020/2021, equivalent to USD 362 billion and represented 90.6% of the total GDP of EGP 6.4 trillion. The biggest fear among experts is the increase in the volume of external debt, especially considering Egypt’s limited foreign exchange resources. The foreign debt witnessed a massive jump under President Sisi, as it rose from USD 46 billion in June 2014 to USD 137.9 billion in June 2021, an increase of almost 300%! The external debt ratio to GDP in 2020 was about 35%, compared to 15% in 2010. It is expected that foreign loans will grow at more excellent rates during the current year due to the foreign exchange crisis that the country is witnessing, which led to many negative results, including a decrease in foreign exchange reserves by about USD 4 billion during March, to reach 37.082 billion dollars, compared to 40.99 billion dollars last February.

Egypt is currently knocking on the doors of all allied countries and international institutions to obtain financial support. Saudi Arabia has responded to the call to lend Cairo $5 billion, while negotiations are underway with the International Monetary Fund for a new loan to support the difficult economic situation.

Dismissal is a tool for the Egyptian authorities to persecute its...