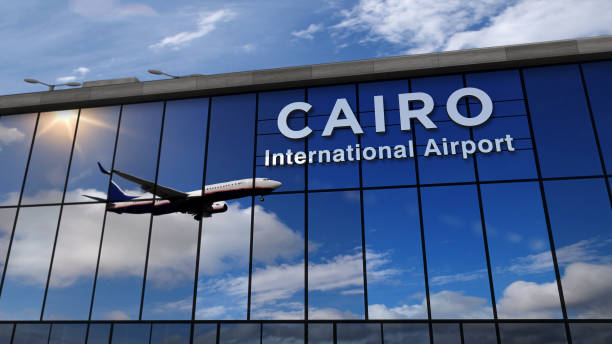 The prominent human rights lawyer and former presidential candidate, Khaled Ali, revealed that he is still banned from travelling despite a judicial decision to cancel the travel ban against him following the 2018 presidential elections.

Ali is an example of President Abdel Fattah El-Sisi’s regime’s violation of the right to movement and travel, in flagrant violation of the constitution, law, and international agreements to which Egypt is a signatory, such as the International Covenant on Civil and Political Rights.

Khaled Ali revealed the details of the decision to ban him from travelling in 2018, saying: “A few months after the end of the presidential elections in 2018, I was surprised by the newspapers publishing news that Counselor Hisham Abdel Mageed, the investigative judge in the case of human rights organizations at the time, issued a decision banning me from travelling pending investigations into that case, although these investigations began in 2012, and during that period, I did not prevent from travelling or summoned to any investigation session to hear my statements before issued the decision.” Ali had announced his intention to run in the 2018 presidential elections to confront President Abdel Fattah al-Sisi. Still, he decided to withdraw from the electoral race due to security restrictions on his electoral campaign, the arrest of several campaign youth, and another potential candidate, Lieutenant-General Sami Anan, former chief of staff of the Egyptian army.

The case of human rights organizations that Ali refers to is Case 173 of 2011, known as the “Civil Society Organizations Case,” in which dozens of human rights defenders are accused of “receiving foreign funding in violation of the law with the intent of committing an act harmful to a national interest or compromising the country’s independence or unity.” It has been an open case for ten years, and the Sisi regime is exploiting it to abuse human rights defenders by preventing them from travelling and disposing of their money.

Also, Khaled Ali added to this case to punish him for daring to announce his intention to run for the presidency in front of Sisi and also to limit his movements as one of the most prominent opposition figures to the ruling regime inside Egypt, as he is a well-known figure at the local and international levels. The human rights lawyer adds about his travel ban: “In 2021, Counselor Ali Mokhtar, the new investigative judge in the case, summoned me to hear my statements, and after submitting my defence and documents, his honour decided to keep the investigations with me. On February 24, 2022, the judge issued his decision to cancel my travel ban, and he sent this decision to the Office of the Attorney General on February 27, 2022. And he also sent another copy of this decision to the Passports Authority in February 2022.

Ali explains: “When we went to the Passports to inquire about the travel ban’s implementation on April 12, 2022, the answer was that the ban is still in place. And I thought that the decision did not reach the passports, but I was sure of its arrival on the date of the statement mentioned above (last February), but did not cancel the travel ban.”

The researcher, Walid Salem, was previously arrested in May 2018 because of his PhD thesis dealing with the history of the Egyptian judiciary. He was investigated in connection with Case 441 of 2018, limiting the security of a supreme state to accusations of joining a terrorist group and spreading false news. He was imprisoned for seven months, and then He was released by preventive measures. He remained committed to attending the preventive measures and renewal sessions until he lifted them in February 2020. Salem was prevented from travelling despite the absence of any legal justification to prevent him.

On May 24, 2021, Salem tried again to travel to France after confirming through his lawyer that his name was not on the travel ban lists. Still, the Cairo airport authorities stopped him again and informed him that his name was on the banned lists on the previous day, May 23, 2021, without giving any details. There are also reasons for the decision to be included in the travel ban lists. In 2016, the poet Omar Hazeq was prevented from travelling to the Netherlands to receive an international prize at a world literature conference without any legal basis. And before that, in 2015, human rights defender Mohamed Lotfy, director of the Egyptian Commission for Human Rights, was prevented from travelling to Germany, where he was scheduled to deliver a speech before the German parliament, on the subject of “human rights violations” in Egypt, under the pretext of “security reasons.” Allow the travel of activists loyal to the regime. In a 2015 report, Human Rights Watch documented 32 cases of travel bans and the confiscation of passports by security officers of political activists and NGO workers, describing what is happening as “turning the country’s borders into prison walls.”

Breaching the right to travel

The actions of the Sisi regime constitute a flagrant violation of the Egyptian Constitution, which states in Article 62 that “Freedom of movement, residence, and immigration is guaranteed. No citizen may be deported from the state’s territory nor prevented from returning to it. Preventing him from leaving the territory of the state, imposing house arrest on him, or banning him from residing in a specific body, shall only be by a reasoned judicial order for a specified period, and in the cases specified in the law”.

The regime’s actions also violate Article 12 of the United Nations International Covenant on Civil and Political Rights. Egypt is a state party which states that “everyone is free to leave any country, including his own.” Restrictions on this right must be by law and “necessary to protect national security, public order, public health or morals, or the rights and freedoms of others.” But these restrictions “must not nullify the principle of freedom of movement and are governed by the need to be consistent with other rights recognized in the Covenant.”