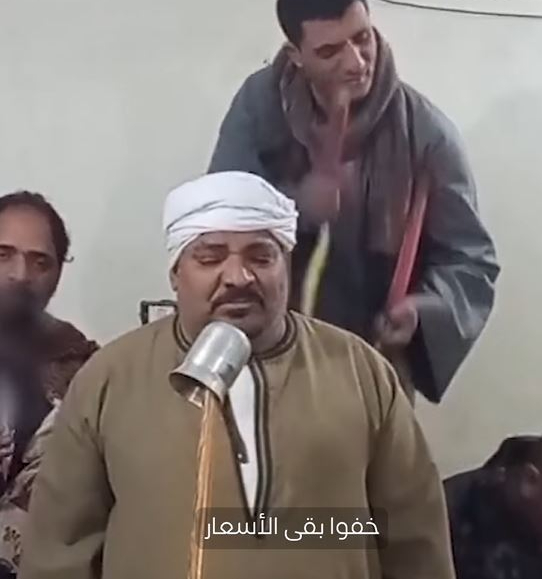 The Egyptian security forces arrested three citizens known as Zorafaa El Ghalaba for posting satirical videos about Tik Tok’s high prices. The three were referred to the Supreme State Security Prosecution in Cairo, which decided to imprison them for 15 days on charges of “spreading false news”.

The arrest of Zorafaa El Ghalaba or “poor people’s funnies” reflects the extent of the fear and security concerns of the regime of President Abdel Fattah al-Sisi, to the extent that he can no longer tolerate the satirical content of high prices without even any indication of his responsibility for the deteriorating economic conditions, so he decides to confront this with an iron security fist. But from where the regime did not respond, the arrest of Zorafaa El Ghalaba had a counterproductive effect, as their satirical stories and videos spread in international and local media and on all social media in Egypt.

What is false news?

The satirical artistic nature has prevailed in the content broadcast by Zorafaa El Ghalaba on Tik Tok since its launch in November 2020. The account successfully attracted 120 thousand followers, 421,000 likes, and millions of views, with straightforward content and weak capabilities. Things were going well until Zorafaa El Ghalaba published several videos in which they discussed the high prices that every home in Egypt groans. One of these clips included composing lyrics to the tune of the song Hobbak Nar by the late artist Abdel Halim Hafez. And the lyrics of the song say, “Price, prices are fire, why do you boil them, why do you let them slash in my midst and go in my pocket, search my pocket, search my pocket to see my wallet, I stuff it with paper to blow in it.”

And because of the lightness of the videos about the rise in prices and their impact on the direct concerns of citizens, they gained a great spread, as one of these videos received 3.5 million views and 78,000 likes. In comparison, another video received 11 million views and 200,000 likes. And because they are poor, Zorafaa El Ghalaba did not realize that such simple satirical videos would throw them in prison because they are dealing with a troubled security system that fears any criticism, even indirectly, of situations for which it is primarily responsible.

Lawyer Islam Salama, who attended the interrogation with the three Ghalaba at the State Security Prosecution, said that they were arrested from Assiut Governorate and transferred to the State Security Prosecution in Cairo, which charged them with “spreading false news,” and decided to imprison them for 15 days pending case 440 of 2022. And they transferred them to Abu Zaabal prison. Salameh revealed that the defendants said before the prosecutor that they established that channel with the aim of profit through follow-ups. “The three did not complete their education, and they work in guarding real estate, and they confirmed that they have nothing to do with political work, and their goal was to obtain money through their channel views by searching for topics that attract followers.” Paradoxically, does anyone know what the trio of Zorafaa El Ghalaba published the “fake news”? Haven’t prices gone up? Is providing content satirical about high prices fake news? Does the system make sense of the accusation that these poor people are accused of?

The regime is afraid of ridicule

This is not the first incident in which the regime has arrested citizens for mocking it or the general situation in the country. For example, members of the satirical group Streets’ Children were arrested in 2016 on charges including “insulting President al-Sisi” against the background of the band’s criticism of the satirical street songs of the agreement to cede the Egyptian islands of Tiran and Sanafir to Saudi Arabia.

In January 2021, the regime arrested the cartoonist Ashraf Hamdy, who is known for publishing satirical cartoon clips criticizing the Sisi regime and the situation in the country and glorifying the January 25 revolution. We cannot forget that Bassem Youssef’s The Program, which is a famous satirical TV show that was a beacon of the counter-revolution in insulting the late President Mohamed Morsi and demeaning his value and the value of parties and personalities belonging to the Islamic movement in Egypt, was stopped after the election of Sisi as President of the Republic in June 2014. Bassem Youssef said at the time that stopping his program came against the background of “unbearable pressures” and because “the program in its current form (which mocks the regime) is not allowed to continue or be shown on any Egyptian or Arab channel,” stressing his fear “for his personal safety and the safety of his family and those close to him.”

The Sisi regime considers the weapon of irony to be one of the primary weapons that destroy its image in front of the people, so it is susceptible to it and is ready to use all its power and influence to confront it.