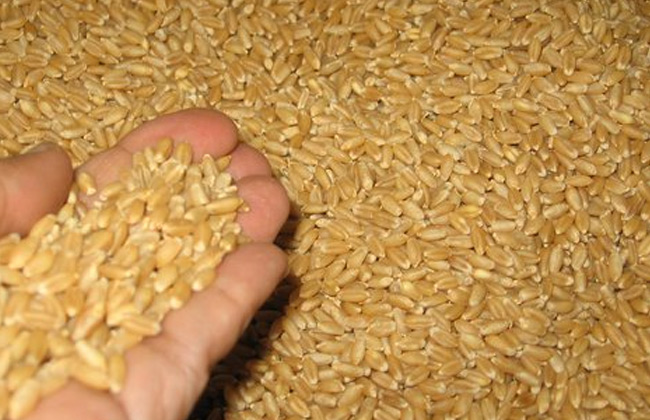 The Egyptian government, represented by the Egyptian Agricultural Quarantine of the Egyptian Ministry of Agriculture, has decided to use an aluminium phosphide pesticide to fumigate wheat coming from India at specific doses, according to the document we got.

Aluminium phosphide is one of the highly toxic pesticides, and it is a chemical compound mainly used in pest control. It is also a source of phosphine gas, and it is known for its high toxicity, so care must be taken when using it and following the correct instructions to avoid poisoning. This product is used as an insecticide and rodenticide and in grain fumigation.

Egyptian Agricultural Quarantine has established specific conditions and specifications before importing wheat from India, according to the circular we have obtained, which is the publication No. 16 dated April 17, 2022, concerning phytosanitary requirements for importing wheat, the publication signed by the head of the Egyptian Agricultural Quarantine, Dr Ahmed Kamal Al-Attar, addressed to the head of the Central Department of Agricultural Quarantine stipulates: “Based on the results of pest risk analysis for Indian Wheat, and by sending a Technical Committee to the State of India to review the inspection systems and grain inspection and phytosanitary procedures followed in India, and on the report of the committee before us, it has been decided as follows: The Indian wheat is approved for importation, and consequently is included in the list of approved origins for the import of wheat.”

The Egyptian Agricultural Quarantine has set several conditions for the import of Indian wheat, stipulating the requirement to obtain a prior import permit from the quarantine and explaining the technical specifications demanded, such as accompanying the shipment by a phytosanitary certificate under International Standard for Phytosanitary Measures No. 7 and International Standard No. 12, and that the import permit number is mentioned in the phytosanitary certificate under Ministerial Resolution No. 562 /2019 and appendix n°8.

The decision stipulated that the shipment should be inspected before export and declared free from the pests as Annex No. 11 of Ministerial Resolution No. 562/2019. Also, regarding the phytosanitary treatment, the decision stipulates that the consignment must be fumigated with aluminium phosphide only at the dose of 1.2 g gas/m3 before export, and the fumigation certificate must be attached to the phytosanitary certificate.

Egypt is preparing to receive the first shipments of Indian wheat in the coming period for the first time after the agricultural quarantine decided that India is a new import country. Mr Al-Qusair, the Egyptian Minister of Agriculture, announced the approval of India as a country to import wheat, according to the report he received from Dr Ahmed Al-Attar, head of the Egyptian agricultural quarantine.

According to experts, Indian wheat is one of the lowest protein wheat and has less protein than Egyptian, Ukrainian and Russian wheat. Egypt has recently turned to Indian wheat after a crisis in Russian and Ukrainian wheat supply following the Russian-Ukrainian war, as the country was dependent on more than 80% of wheat imported from both countries. According to the Resolution No. 562 of 2019, used by the Egyptian Agricultural Quarantine to support its decision to import Indian wheat, and according to its second chapter relating to the import and processing, the Article No.13 allows the import and entry of plants and plant products of origins approved by the Agricultural Quarantine under the conditions and rules set out in Annex No. 8.

Also, Article No.14 of the same chapter stipulates that it is prohibited to import for the first time any material subject to phytosanitary regulations from any source, except based on the results of a pest risk analysis. Furthermore, Article No.15 states that no shipment is allowed to enter the country except an initial technical import that specifies the requirements before being shipped from the exporting country. The load must have a phytosanitary certificate issued by the competent authority in the exporting country. An exemption may be made from one or both of them in the cases set out in Appendix No. 10.

Finally, Article No.16 stipulates that it is forbidden to bring plants and plant products infected to the territory of the Republic with one of the quarantine pests, which are shown in Table No. 1 and listed in Annex No. 11.