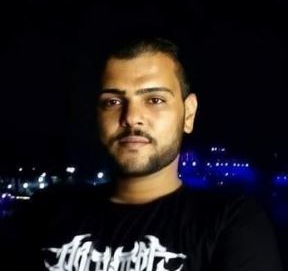 Members of the Journalists Syndicate announced that the police arrested the photojournalist Mohamed Fawzy.

Fawzi’s house was stormed on Monday evening by a security force, and none of his family knows where he took him. The police have not announced that they have arrested Fawzy or where he is being held.

Hisham Younes, a member of the Journalists Syndicate, said that the syndicate learned of Fawzy’s arrest on Friday and that upon learning, they moved in cooperation with human rights lawyers to search for him. Younes added that the number of arrested journalists and media professionals is now 26, including eight syndicate members.

Egyptian human rights organizations estimated the number of forcibly disappeared in Egypt at 11,224 during the first seven years of President Abdel Fattah al-Sisi’s rule, including 3,045 in 2020 alone and the killing of 59 forcibly disappeared persons. This comes in conjunction with a call for a national dialogue launched by al-Sisi. Observers question the seriousness of the initiative, as they believe that it represents only a new episode of the state’s political propaganda.

Egypt sentences 10 members of the Muslim Brotherhood to death

Egypt nearly ‘bankrupt’ due to mishandling of public funds