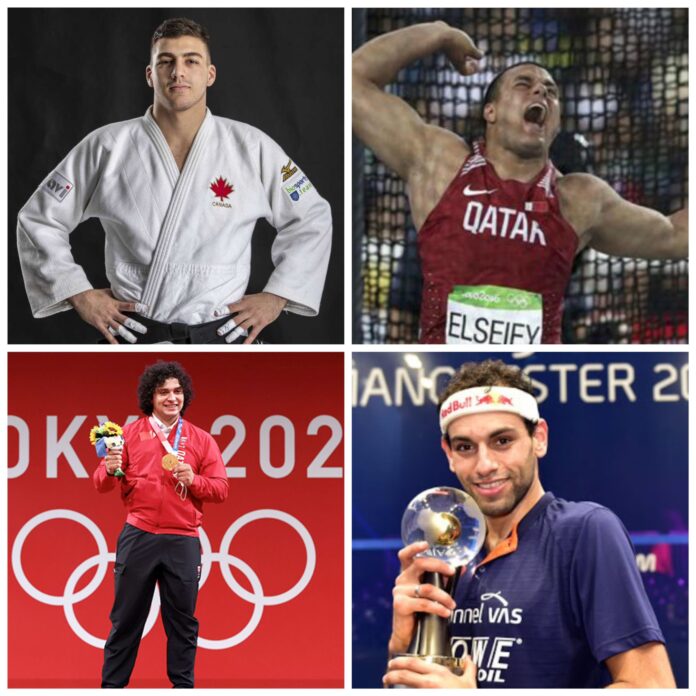 “For many years, no one thought about it. The time has come for me to think of myself. I was distraught at Cairo airport and found them proud of the pictures of Egypt’s players at the airport, and I am the only player with no picture of him. I won 44 championships, as the most Egyptian in history to win professional championships. I remained at the top of the world player rankings for 50 months as the most Egyptian ever to have conquered the squash throne. I have never had an Egyptian shepherd to this day.”

With these sharp and sad words, the world number three in squash, Mohamed El Shorbagy, justified his decision to give up playing for Egypt and join the England national team, in a solid blow to the sport of squash, in which Egypt is a pioneer.

The matter here does not stop with Egypt losing its historical champion in squash. Still, it is much greater, as it reflects the continued bleeding of Egyptian sports talents, and they are reaching the highest levels. This is not a lack of affiliation or patriotism among these talents, but rather corruption and neglect from the state, which does not care about sports in general, and non-public sports in particular, as it considers them a path of luxury!

Shorbagy is not the first

In July 2021, Qatari weightlifter Fares Hassouna won the gold medal in men’s 96-kg weightlifting competitions at the Tokyo 2020 Olympics, giving Qatar the first gold medal in its Olympic history and setting a new Olympic record. The irony is that Fares is not of Qatari origin and was not raised and grew up in the streets of Qatar, but he is an Egyptian with an Egyptian father and an Egyptian mother. Captain Ibrahim Hassouna, the father of Fares and the coach of the Qatari national team weightlifting, justified his son playing in the name of another country, saying that he did not find the necessary support in his country, stressing that in Qatar, there is great interest in preparing Olympic champions, unlike the general climate in Egypt, which is full of problems and conflicts.

In addition to Fares, the Egyptian-born hammer thrower, Ashraf Al-Saifi, represented Qatar in the Tokyo 2020 Olympics and reached the final competitions. Still, he was not lucky and did not win an Olympic medal. There is also Adam Asil, a gymnast of Egyptian origin who represented Turkey in the Tokyo Olympics and reached the finals to compete for 3 Olympic medals but was not lucky. Adam was playing for Egypt before he travelled to Turkey in 2017. Shadi Al-Nahhas, a judo champion of Egyptian origin, also represented Canada in the Olympics and narrowly lost the bronze medal. Al-Nahhas is waiting for a promising future, as this is his first Olympic participation, and in his sports career, he won 9 awards (4 gold – 3 silver – 2 bronze) in various tournaments.

These are the talents of Egypt who have represented other countries in only one international forum. There are many others to be mentioned, but we quickly say them the wrestler Tariq Abdel Salam, who plays on behalf of Bulgaria and wins the European Championship in the weight of 75 kg in 2017, and the jockey Abdel Qader Al-Saeed, ranked 67 An international equestrian who plays for Belgium, and the jockey Sameh El Dahan, who currently represents Britain after being persecuted by the Egyptian Equestrian Federation.

According to a survey by ARIJ Network (Reporters for an Independent Arab Press), last April, Egypt lost 347,000 athletes (more than a third of its athlete’s capacity) between 2010 and 2019, when the number of athletes was more than 935,000 on the eve of the revolution. That is, 1.14% of the population then became 590 thousand in 2019 or 0.58% of the population. The significant decrease in the number of Egyptian athletes occurred during the era of President Sisi, who claims to be the patron of sports and athletes in Egypt, where the number of athletes in 2014 (the beginning of his rule) was 862 thousand athletes. By 2019 the number decreased (during one reign only) to 590 thousand athletes, a decrease of 270 thousand.

The number of teams decreased from 101 to 54 thousand groups between 2010 and 2019. The significant decline also occurred during the era of Sisi, who fascinates us from time to time with his photos and videos while practising sports and mocks the Egyptians’ weights resulting from the lack of exercise, as Egypt lost 40 thousand teams between 2014 And 2019 only. This is a direct reflection of the decline in the state’s spending on the sports sector. In 2010, the proportion of the budget allocated to the sports sector in the total budget was 0.6%. Despite the passage of 10 years, this percentage gradually declined until it became 0.3% in 2018, then increased again in 2019 to become 0.4%.

This confirms that the problem of sports in Egypt is structural, linked to the political system and the economic situation that is created, and the state of destruction, which essentially included education and health, and was reflected in sports, which is considered an indicator of development, according to the United Nations. The problem is that this system hopes to win without spending money; it wants African nations to go to a World Cup and get medals in the Olympics. It also wishes and claims support while sabotaging and destroying all sectors of the country.