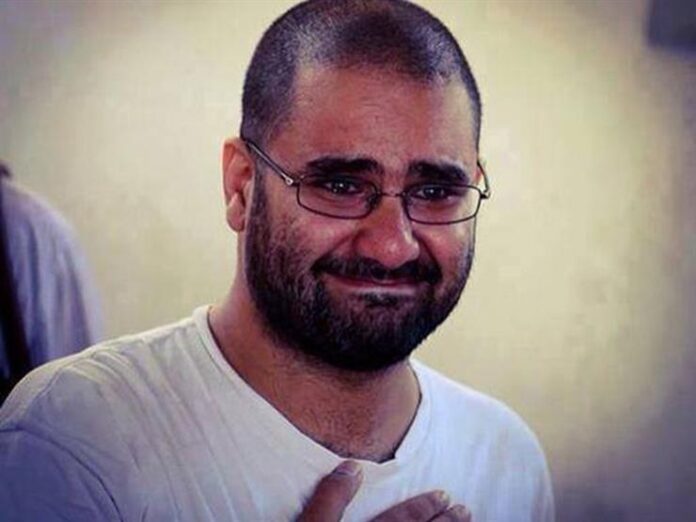 Public figures worldwide have solidarity with imprisoned activist and blogger Alaa Abdel Fattah. More than two months ago, they began a hunger strike to protest miserable conditions in prison. They recorded a video on International Father’s Day, in which they read excerpts from Abdel Fattah’s book, Half an Hour with Khaled, in which he talks about his first meeting with his son, Khaled, in prison for only half an hour. The video features actors Olivia Colman, Mark Ruffalo, Emily Watson, and Carey Mulligan.

Abdel Fattah’s family had issued a statement announcing that it would hold a press conference with members of the House of Commons and families of British citizens detained abroad to demand the British government take decisive measures to ensure the safety and freedom of citizens imprisoned abroad.

British MP David Lammy had said Abdel Fattah, a British citizen and a brave voice for democracy in Egypt is serving years in prison in degrading conditions. Amnesty International UK chief executive Sacha Deshmukh called the UK government to make Abdel Fattah’s case an absolute priority, explaining that his prison situation has gone on for too long.

Twenty-nine human rights organizations had issued a statement saying that Abdel Fattah is currently facing the risk of death if the British Foreign Office does not intervene immediately to ensure his protection, noting that he is on hunger strike to protest the dire conditions in which he is imprisoned. The organizations called on the British Foreign Office to ensure his speedy release and safe transfer to the UK. They also called on the British government to raise his case through diplomatic communication channels with the Egyptian government.

US State Department calls on the Egyptian authorities to conduct a...