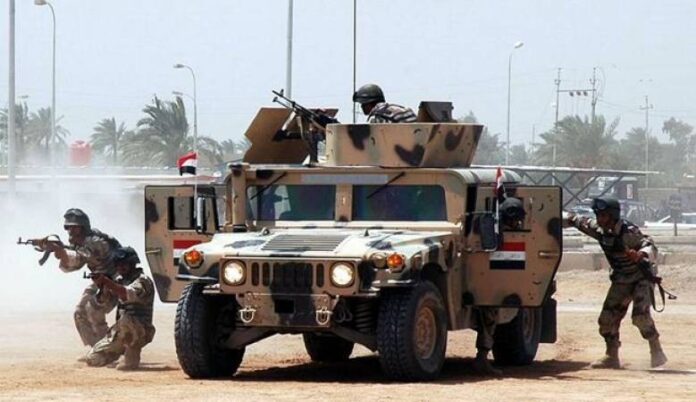 The Egyptian military, along with the state-sponsored tribal militias in Sinai, is conducting an undeclared military operation in the Northeast of the Sinai Peninsula, targeting the strongholds of the ISIS local branch known as Wilayat Sinai. The military released no press statements over the operation, which witnessed the killing of several armies, including a colonel.

The preparation for the operation started several months ago when the military and his tribal allies noticed the main forces of Wilayat Sinai concentrating at the North of Rafah and Sheikh Zuwaid. The military decided to attack the terrorist organization from the South of Rafah and Sheikh Zuwaid up to the International Road that borders the South and North of Rafah. The South was selected to be attacked because it represents the weakest point in ISIS militants’ deployment. The attack also cut the road towards the Southern desert and Middle Sinai mountains against the militants who could use it for procurement and withdrawal.

The operation started last April with the tribal militias at the forefront with limited back support from the military. And over the past few weeks, Sinai Tribes Union used to release clips from the battles between the tribal militants and ISIS on Facebook. The union achieved successive victories in April and May, eliminating Wilayat Sinai strongholds in 5 villages, but the union lost 20 militants killed in the battles. By June, the operation reached North Rafah and Sheikh Zuwaid, where the battles became more violent as this region is the natural stronghold of ISIS militants. The military corps had to engage themselves in the attacks along with the tribal militants, which led to the killing of Colonel Osama Abdel Halim, the leader of Battalion 188 Infantry, and Captain Ahmed Abdullah Diab.

The second half of the operation faced more difficulties, including the violent resistance from ISIS militants, who redeployed into shore villages on the Mediterranean, where they have excellent logistics and weapons stores. Geography plays a role in crippling the military advance as the area has widespread abandoned peach and olive farms that complicate sweeping and intrusion operations. There are also abandoned houses that ISIS militants fortify. ISIS militants also plant exploding devices everywhere to hinder the corps’ advancement. Against those difficulties, the military carries out continuous artillery bombardment over the region along with flying drones and fighters’ air strikes. In parallel, the tribal militants burn any trees they face in the sweeping operations.

The operation’s most complex challenge now is the conflicts between the contributor tribes that involve Trabines, Remilat and Sawarka. There is no joint command or operations room of the union, and every tribe has its command pavilion and field leader. The tribes also have criss-cross relations with the military bodies, including the regular army command, the Military Intelligence and the General Intelligence. Some tribal militants complain of ill equipment as the military provides them with downgraded weapons, and they must dismantle the explosive devices without proper devices. Even though these challenges, military sources said the military has great hopes in this operation to eliminate the main stronghold of ISIS in Sinai. Nevertheless, the military is keen on releasing nothing about the process, including official silence over the killings of high-ranking officers.

Alternatives to pretrial detention could save detainees lost years

Washington plans to engage in dialogue with Cairo on human rights