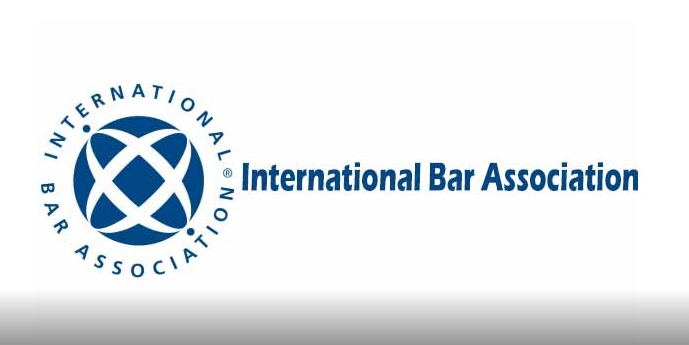 The two detained Egyptian lawyers, Haitham Mohamadin and Mohamed El-Baqer, won the Ebru Timtik award of the International Bar Association in recognition of their role in the struggle for human rights, a role they paid for in years of their lives in the prisons of the regime of President Abdel Fattah El-Sisi. The award was announced after the 2022 International Day of Fair Trial Conference. Egypt was chosen as the focus of the conference due to the systematic violations of the Sisi regime’s right to fair trials and its assault on the independence and impartiality of the judiciary.

Haitham Mohamadin was born in 1982 in Al-Saff in Giza Governorate. And he is the son of labour leader Fawzi Mohamedin, the most famous labour leader in the history of the National Iron and Steel Company, who played a leading role in the company’s historic sit-in in 1989. Haitham inherited from his father the concerns of the labour movement, so he joined the Faculty of Law to be a supporter of weak workers and independent unions. His name emerged as a left-wing activist and a member of the Political Bureau of the Revolutionary Socialists Movement, a defender of labour and human rights, and an opponent of the dictatorial regimes that have perched on the chest of Egypt for decades.

Mohamadin was one of the prominent activists in July 2013. He contributed to establishing an independent political current known as the “Revolution Path Front” to create a third path other than the duality of the army and the Brotherhood. Still, the movement did not last long because of the security repression. Haitham did not quit politics or step aside for fear of the oppression of the Sisi regime, as many others did, but continued to practice his work in defending workers’ rights and was strongly present in major political events, especially the issue of Egypt ceding the islands of Tiran and Sanafir to the Kingdom of Saudi Arabia in 2016, where he led the demonstrations rejecting this concession and contributed to the establishment of the “The Public Campaign to Defend the Land”.

Of course, Haitham gained the hostility of the Sisi regime from the first day of his rule, so he was targeted and abused in various ways. In January 2015, the Muslim Brotherhood Funds Committee, affiliated with the Ministry of Justice, decided to seize the funds and properties of 112 people, including the revolutionary socialist Haitham Mohamadin! The seizure decision included all-natural, liquid and movable properties, bank accounts, deposits, fluid and portable funds, deposits and safes registered in their names in banks. Mohamadin was arrested several times, most notably in April 2016, against the backdrop of the Tiran and Sanafir protests, when the Public Prosecution accused him of inciting protests and joining a terrorist group, but he was later released. In May 2018, he was arrested against the backdrop of demonstrations against raising metro ticket prices, in which he did not participate. He forcibly disappeared for two days before appearing before the Supreme State Security Prosecution, accused of inciting illegal protests and joining a terrorist group, and remaining in detention pending this case for six months. Barely six months had passed since his release until he was arrested again in May 2019 on charges of “participating in a terrorist group to achieve its goals with knowledge of its purposes, and publishing and broadcasting false news aimed at destabilizing security and stability in the country and misusing social media”, and he is still detained so far, despite exceeding the maximum period of pretrial detention (two years).

In September 2019, lawyer Muhammad Al-Baqer was practising his work before the Supreme State Security Prosecution as an agent for the arrested human rights activist Alaa Abdel-Fattah. He was surprised by the issuance of an arrest warrant for him in the same case in which his client is accused, on the same charge of “joining a terrorist group with knowledge of its purposes, and publishing news and false information! Since then, Al-Baqer has been imprisoned in the basements of the Sisi regime’s prisons.

Al-Baqir was not well-known in human rights before the January 25, 2011 revolution. Although he graduated from the Faculty of Law in 2001, he worked in commerce and entrepreneurship. He had a master’s degree in business administration, but it seems that the January revolution awakened the spark of human rights work within him. In its immediate aftermath, he volunteered to defend civilians referred to military trials and victims of human rights violations. With the increasing number of cases, Al-Baqer established the Adalah Center for Rights and Freedoms. The name was a reflection of his conviction of the right of everyone to obtain legal justice in all its forms. He shed light on criminal justice files, academic freedoms, and legal protection for refugees and immigrants in his work. He defended defendants from all political backgrounds and worked on issues of people with special needs, the file of children’s detention in penal institutions, student’s rights, and health care in prisons. Of course, this was enough for Al-Baqir to gain the hostility of Al-Sisi’s dictatorial regime, and it was enough for him to be arrested and abused as he suffered in prison from moral intimidation and physical abuse also deprived of exercise and reading.

Muhammad spent two years in prison without trial, the maximum period of pretrial detention after which the law requires the release of the accused. Still, the regime decided to circumvent the law and referred Muhammad to a new case on charges of “spreading false news,” a case reproduced from the first case! The new case was quickly referred to the State Security Misdemeanour Court, which sentenced Al-Baqer to 4 years in prison in an unfair ruling that cannot appeal before any other judicial authority as an “exceptional emergency court issued it.” Al-Sisi, as the military ruler, ratified the ruling to become final and conclusive.

The case witnessed many violations of “justice”, which Al-Baqir has always defended, as judged after 3 “farcical” trial sessions that saw scandals for the Egyptian judicial system. The prosecution refused to inform the lawyers of the accusations file. The court did not respond to any of the defence requests, including the lawyers visiting their clients to consult with them, obtaining a photocopy of the case file or a copy of it, Or hearing the pleadings, in addition to the fact that Al-Baqer was not confronted with any evidence of the accusations against him, except for old publications on their pages on social media about some violations in prisons.

In recognition of his prominent human rights role, in November 2020, El-Baqer won the CCBE Human Rights Prize for 2020 for his commitment and dedicated defence of human rights in Egypt. Despite local and international appeals, the Sisi regime is still insisting on the arrest and abuse of free lawyer Mohamed El-Baqer, in retaliation for all the values ​​and principles detested by this repressive regime, foremost of which is “justice for all.”

Egypt is losing its role in the Muslim world