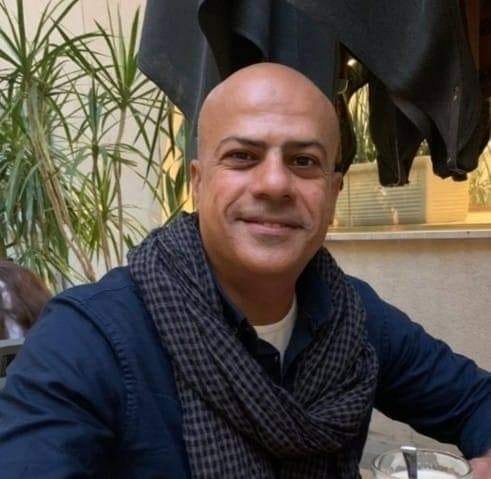 The family of researcher and economic expert Ayman Hadhoud, who died mysteriously last March inside Abbasiya psychiatric hospital after his arrest and enforced disappearance by the Sisi regime’s security services, has revealed extensive evidence of the prosecution’s conspiracy in dismissing the case and acquitting the security services and the administration of Abbasiya Hospital of involvement in the death of the researcher. This confirms that Egyptian justice has become a toy in the hands of the regime, which directs it as it sees fit.

Ayman, who holds a master’s degree in economics, was arrested on the evening of February 5 in the wealthy neighbourhood of Zamalek and was investigated by the National Security Agency (the Political Security Service of Sisi’s regime). Then he was detained at the Abbasiya Psychiatric Hospital, where he died in mysterious circumstances on the fifth of last March. Ayman’s family has been searching for him for two months, while the Ministry of Interior and the Public Prosecution denied arresting or accusing him in any cases. And after his family escalated the issue and used their influence and relations to reveal the place of his disappearance, the police contacted the family on the ninth of last April to inform them of Ayman’s death and demand they receive his body. The family was surprised that her son had died a whole month before reporting them and that there were attempts to bury him in charity cemeteries as he was unknown.

The official version says that a property guard in the Zamalek neighbourhood caught him on February 6, while he was trying to open the door of one of the apartments on the property, while he was “raving about incomprehensible words” and informed the police, who arrested him and referred him to the prosecution, which started the investigation with him on charges of attempted theft. Still, the inquiry could not be carried out “because of his incomprehensible words”. The prosecution questioned his mental strength and consequently issued a judicial order to place him in Abbasiya Hospital to prepare a medical report on his mental state. The family did not accept this non-credible story, and requested an autopsy. The Public Prosecution responded to the request but refused the demand for family members to attend the autopsy process or inform the family or its lawyers of the autopsy report. At the same time, one of his brothers confirmed that he saw a fracture in his brother’s skull before the autopsy. When he tried to photograph the body, Abbasiya Hospital security forces forced him to erase the photos.

In an investigation about Hodhoud’s death, Amnesty International revealed that based on an examination of official records, interviews with witnesses and sources, as well as an analysis of independent forensic experts on the leaked photographs of Ayman’s body, it is strongly likely that he was tortured or poorly treated shortly before his death.

Despite all this, the Public Prosecution ordered the closing of the case, arguing that there were no criminal suspicions. According to leaks, President Abdel Fattah El-Sisi’s security services pressured the Public Prosecution to close the topic after it became a public opinion issue. It sparked many human rights organisations’ criticism. The lawyers of the Hadhoud family appealed before the Cairo Criminal Court against the Public Prosecution’s decision to preserve the investigations in the case. The appeal was based on the prosecution’s violation of the law and its refusal to enable lawyers to access the case file. The family’s lawyers submitted four requests to the trial to see the report and the case file, which the prosecution rejected!

The Public Prosecution did not respond to the lawyers’ request to unload several cameras located in the place of Hodhoud’s arrest on the pretext of theft in the Zamalek neighbourhood or to unload the surveillance cameras in the Qasr al-Nil and Amiriya police stations at the time of Ayman’s arrest during the period from 6-17 February, and also did not respond to the request to seize the cameras of the Abbasiya Hospital for Mental and Psychiatric Diseases, and unloading it. It did not respond as well to the forensic medicine unit’s demand located inside the hospital to determine the circumstances of the economic researcher’s death and whether or not he was assaulted during his detention at the National Security headquarters, and what health condition he was in before his admission to the Forensic Medicine Department Abbassia Psychiatric Hospital. The prosecution also ignored the request to investigate the National Security Sector Officer of the Amiriya Department, Yassin Mustafa, who convoked Hadhoud’s brothers to ask them about his place of work, a field of study and activity and told them at the time that Ayman was being held by “National Security”.

The Cairo Criminal Court allowed Ayman’s family lawyers to see the file. Still, the judge categorically refused the lawyers accessed to a copy of the file and accepted only their viewing of the file, under the condition of removing their phones and pens to prevent them from photographing any of its papers, taking any notes, or copying and quoting any parts of the file! This confirms the conspiracy. The lawyers of Hadhoud’s family revealed that the case file indicated that the Abbassia Hospital initially refused to receive Hadhoud because of a bruise and swelling in his right thigh and requested to refer him to an orthopaedic doctor, after which he was transferred to “Al-Munira” hospital. It is also indicated that there is a ticket to “Al-Munira” hospital and another to the orthopaedic doctor’s request to perform an MRI. There was no X-ray image in the case papers, which was also ignored by the prosecution.

All this confirms that the Egyptian prosecution and judiciary have become a tool for Sisi’s regime to direct them as it wants and that their role has evolved to authorise the lie and not to establish justice, which threatens the future of this country, as to how can anyone be safe in a country where there is no independent judiciary to uphold its rights?