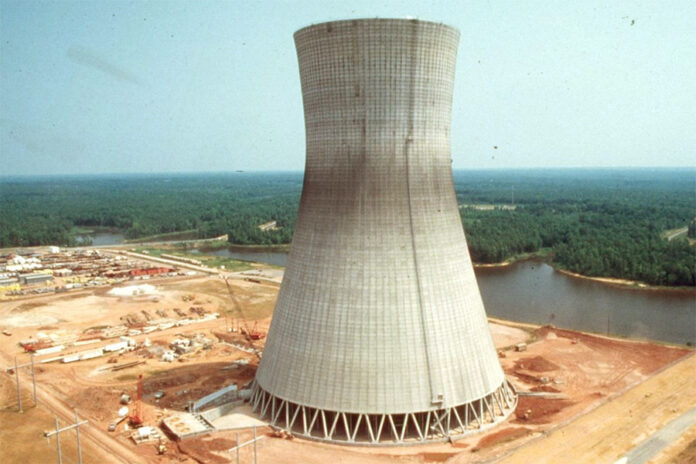 Egypt has officially announced the permissions for constructing the first unit of the nuclear power plant in Dabaa in the northwest of the country were already issued. The reactor is born of cooperation with Russia and a $30 billion loan from it. The Egyptian announcement came despite doubts about the possibility of completing the project due to the Russian-Ukrainian war.

Egypt Watch obtained a copy of the official statement of the Egyptian Nuclear and Radiological Control Authority last Wednesday, and the authority agreed in its meeting to establish the first unit of the reactor according to a request to develop the first and second units applied in January 2019. The authority added it had taken the necessary measures to verify the availability of the maximum levels of safety for the project by the highest international standards and to develop methods of review for each chapter of the initial safety analysis report following the publications of the International Atomic Energy Agency and the standards applied in Russia. In 2015, Egypt agreed with Russia to establish a nuclear power plant in Dabaa. The reactor consists of 4 nuclear reactors, with a total capacity of 4800 megawatts, and at the cost of up to $30 billion, to be implemented by the Russian state atomic energy company, Rosatom. It is planned to start construction of the Dabaa plant in the first half of July and work in 2028.

Egypt agreed to the $30 billion-worth nuclear project to be financed with a $25 billion Russian loan at a 3% interest rate until 2052. The new steps seem controversial regarding the impact of the Russian-Ukrainian war on the project, especially considering the severe international sanctions on Moscow that amounted to an economic blockade after excluding Russian banks from the global financial transfer system, Swift. Another point is the feasibility of the project itself. Egypt is achieving an enormous surplus of electric power now, after investments amounting to 355 billion pounds since 2014. Thirty thousand megawatts were added to the network through 31 electricity plants, bringing the electricity surplus in June 2020 to 13,000.

At the same time, the massive Russian debt is to add up to the catastrophic inflation of the Egyptian external debt. The cost of the Egyptian reactor has to be questioned in comparison to the Turkish nuclear plant, Akkuyu, which the same Russian company is establishing with the same capacity but with only a $20 billion cost. The project was directly contracted between Abdel Fattah al-Sisi and Russia without offering an international tender on the project. Some analysts linked it to the bombing of the Russian passenger flight over Sinai after taking off from Sharm El-Sheikh airport a few weeks before the contract was signed.

In the same vein, the exclusion of professor Mounir Megahed, nuclear energy scientist and former deputy manager of the Nuclear Power Plants Authority and former director of the Dabaa project, was denounced by several political parties, including Dignity and Socialist Popular Alliance parties. “Professor Mohamed Mounir Megahed played a key role in combating the public money thieves and Dabaa lands mafia,” said a statement signed by several parties in 2015. The information added that the exclusion of Megahed came in line with the regression of public freedoms, transparency and compliance with the constitution in Egypt.

“Pay to get your right”: Significant increase in litigation fees in...