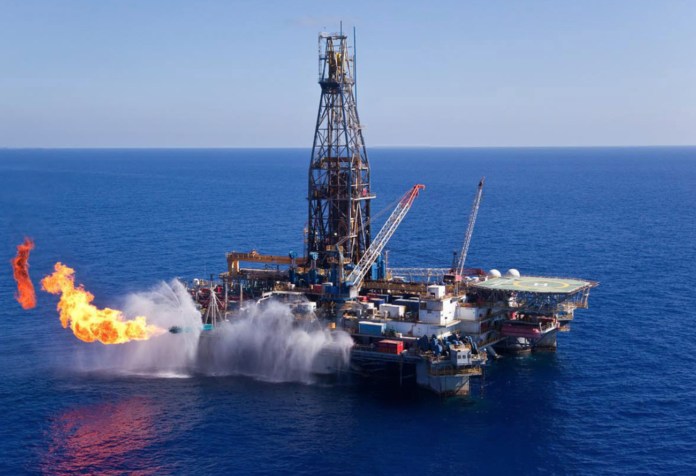 The Egyptian government signed an agreement with Lebanon and Syria to export 720 million cubic meters of Egyptian natural gas annually to Beirut via Syrian territory, for ten years, through pipelines extending between the three countries and Jordan. The agreement is still pending US green light considering the US Caesar Act sanctioning the Assad regime in Syria.

The agreement came amid mutual military skirmishes between the Israeli army and Hezbollah against a maritime dispute over joint maritime oil sites between Israel and Lebanon. This makes the Arab deal awaiting Israeli support for the US green light.

In 2020, Washington approved the Protection of Civilians in Syria law, or what is known as Caesar’s Act, which sanctions the Syrian regime and any countries cooperating with it in most sectors, including energy. Damascus is supposed to deduct 10% of Egyptian gas as revenues for passing it through its territory. After signing the agreement, Lebanese Energy Minister Walid Fayyad said that the United States had promised the Lebanese government to secure written guarantees to exempt the Egyptian side from the US Caesar Act, which sanctions any party cooperating with the Syrian regime.

In addition to the US sanctions, the dispute between Lebanon and Israel has flared up following substantial gas discoveries in the disputed maritime border area between them, including the Karish gas field, which Tel Aviv considers located within its economic zone, while for Beirut, it is in the disputed waters. Amid indirect US-mediated negotiations between countries, Hezbollah announced it would prevent Israel from extracting oil and gas from the field. Tel Aviv replied by bringing an extraction ship to work inside the area against Lebanese condemnations. Later, Hezbollah sent three drones to survey the platform. The Israeli army shot down the three drones and threatened war on the Lebanese party if it did not stop its attacks.

Lebanese press sources indicated that both issues are linked, the maritime boundary between Lebanon and Israel and Beirut’s gas deal with Egypt, as the US envoy Amos Holstein is responsible for the two files. Despite American assurances to the Egyptian and Lebanese sides, the Egyptian government says that it will not start pumping gas before obtaining an explicit American exemption from the sanctions of the Caesar Act, which Washington links to guarantees that Hezbollah will not benefit from gas and to limit the Syrian regime’s benefit from it. Lebanese anti-Israel circles objected to the agreement with Egyptian gas on top of Cairo’s deal to import gas from Israel. Beirut names Israel an enemy and has no diplomatic relations with it. Moreover, imported gas may have been extracted mainly from the disputed fields. However, Cairo announced it would not export gas imported from Israel and would pump only locally extracted gas.

According to the Lebanese government, the Arab Gas Pipeline extending from Egypt to Lebanon, passing through Jordan and Syria, will provide electricity supply of up to 4 additional hours to Beirut, which suffers from continuous power cuts that sometimes reach 20 hours per day. Considering the Lebanese financial crisis since 2019, Beirut has obtained approval for a loan from the World Bank worth $150 million to finance the Egyptian gas imports.