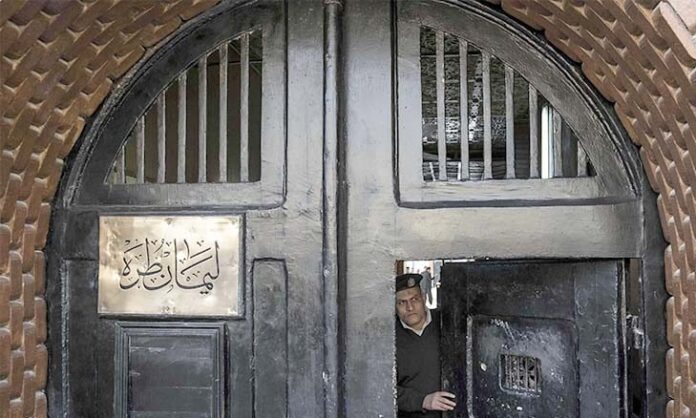 The first week of this July witnessed the death of 3 detainees with political backgrounds in the places of detention in Egypt, bringing the number of victims in the regime’s prisons during 2022 to at least 24 victims. Proposed Complaints of medical negligence.

The first victim this month is Yasser Farouk al-Mahlawi, who has been in pretrial detention since 2019, pending case No. 1269 of 2019, in which he faces charges of “joining a group established in violation of the provisions of the law and the constitution and financing terrorism,” which is the official political charge in Egypt. Al-Mahlawi, working as a merchant, and his daughter Alaa, a first-year secondary student at the time, were arrested from their residence in Sharqiya in August 2019. After 24 days of enforced disappearance, they appeared in an investigation session pending the case above.

On February 27, 2020, the authorities decided to release Mahlawy’s daughter, who, according to human rights reports, had been threatened with torture “in case she did not recognize joining and financing the Brotherhood.” She also revealed that she had heard “her father’s screams as a result of torture using electric tasers.” Ahmed Adel, Mahlawi’s lawyer, said that his client’s death came about two and a half years after his pretrial detention, pending the case above. He was initially imprisoned at Tora Investigation Prison and later transferred to Mazraa prison, noting that he suffered from several diseases. Before his death, he submitted a request to the Public Prosecution Office to communicate him to the hospital, which happened.

The second victim is the citizen Muhammad Ali (70 years old), who has been imprisoned for about seven years and sentenced to life imprisonment in connection with the case of police raiding Maghagha station. According to the Egyptian Network for Human Rights, the seventy-year-old Sheikh died in the Minya high-security prison hospital due to the deterioration of his health. He suffered from a liver disease that doubled with the harsh and inhuman conditions of imprisonment. Besides, the Minya prison administration was committed to providing health care and proper treatment in the right place and at the right time, which led to the deterioration of his health and his death.

The third victim is Dr Ahmed Yassin, a member of the Constitution Party, who has been in pretrial detention since September 2021, pending Case 910 of 2021 State Security, on charges of “joining a terrorist group, spreading false news, and misusing his accounts on the social networking site.” According to multiple sources, Yassin died inside the Gamasa prison hospital, to which he was transferred, after suffering a severe heart attack. Yassin’s death caused an uproar, as the Constitution Party officially mourned him. Politician Khaled Daoud, the former head of the party, criticized the Sisi regime, considering that Yassin’s death was caused by “the continued delay in releasing thousands of detainees who have been in pretrial detention for years,” stressing that the regime uses the law of pretrial detention to imprison political opponents and citizens exercising their legal and constitutional right to express an opinion on social media.

According to the El Nadeem Center for Human Rights statistics, the number of deaths in Egyptian places of detention from the beginning of 2022 until now is up to 24 victims, while the number of fatalities in imprisonment during the past year was 55 deaths. Egyptian prisons are an environment conducive to the proliferation of diseases, with record levels of overcrowding. According to the Egyptian National Council for Human Rights, affiliated with the government, the prison overcrowding rate reaches about 150% and exceeds 300% in police stations. At the same time, independent organizations estimate that the situation is much worse.

Egyptian prisons are famous for their filth and violations of hygiene and health rules, as they have no running water, no proper ventilation, and sunlight and rays rarely enter them. In November 2019, two experts from the United Nations said abusive detention conditions in Egypt “may seriously endanger the health and lives of thousands of prisoners.” Above all, there is an apparent failure in prisoners’ health care. According to former detainees, prison authorities obstruct medical care procedures for nothing but to intimidate them. The necessary drugs are refused entry to patients, and the prison administration refuses to leave patients for treatment in hospitals, even at their own expense. The Egyptian authorities are not afraid of the consequences of medical negligence in prisons. Even the politically big-shot detainees locally and internationally were not extradited, led by the late President Mohamed Morsi, who suffered a lot due to medical negligence and died during his court session.

Experts at the United Nations indicated that the conditions in Egyptian prisons directly led to the death of “Morsi”, as the former Egyptian president had diabetes and high blood pressure, which prevented him from obtaining life-saving care. As a result, he suffered from poor eyesight. Gradually he lost sight in his left eye and often fell into a diabetic coma and lost consciousness. In addition, he suffered from tooth decay and gum infections without medical attention.

Regeni timeline: 5 years of searching for the truth