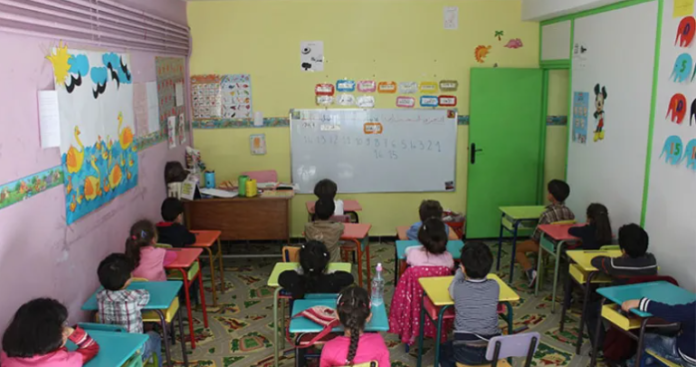 Many private and international schools in Egypt set class conditions for accepting students, including the parents’ high qualifications, English language proficiency, living in an upscale neighbourhood, owning a luxury car, and participating in a high-level club, which is a violation of the constitution and the law. At the same time, the Ministry of Education turns a blind eye. Education and government regulators keep their eyes open to these discriminatory acts.

Through this class distinction in accepting students, owners of private schools seek to form a network of relationships and influence that serves their interests. It is not enough to have the money necessary to get your son into the school you want. But you must also be a person of merit and influence, such as being an officer in the army or police officer. Or a judge, a senior doctor, or works in an influential institution, according to a press investigation published by the independent platform website.

According to the academic and educational expert Wael Kamel, this policy wastes the sacrifice of parents with middle incomes and education. They insist on putting all their investments in their children, so those who have the right to an outstanding education in this society are the children of prestigious families, financially, functionally and educationally. Above all that, the child is punished for his family’s educational and social background. This is a violation of the Egyptian Constitution, which states in Article 19 that “education is a right for every citizen, whose goal is to build the Egyptian character and preserve the national identity…” and also stipulates the state’s commitment to “achieve equal opportunities for all citizens, without discrimination.” These conditions are one of the manifestations of clear discrimination between children and the absence of the principle of equal opportunities for them to join modern education.

These practices also contradict Ministerial Resolution No. 420 of 2014, issued by former Minister of Education Mahmoud Abu Al-Nasr, to regulate the affairs and work of private schools, as is stipulated in Article 14 that “it is not permissible to change the system of a private school or its study plans or to follow other systems in accepting students,” that is, specifying conditions that contradict the decision, and conflict with the provisions of the Education Law and the requirements of the constitution. Despite this, the Ministry of Education turns a blind eye and is deaf to complaints about these class conditions, claiming that it does not have the authority to hold these schools accountable.

Private and international school owners do not find anything wrong with what they do because many Egyptian laws and regulations discriminate among citizens, especially regarding educational qualifications. For example, the distinction in the duration of conscription between highly qualified holders, who enlist for one year, those with intermediate qualifications, who enrol for two years, and the uneducated, who register for three years and who perform the most challenging jobs and tasks in the army in working conditions that amount to forced labour.

Passport regulations stipulate that those with intermediate qualifications and those not educated must pay additional sums of up to 500 pounds to cover the costs of their deportation if they are deported from the country they are travelling to. At the same time, this request is not required from holders of higher qualifications. While many sports clubs, which are affiliated with the Ministry of Youth and Sports, require that the applicant for its members must be a holder of high qualifications. Resisting discrimination in society in all its forms requires a decision from the state. It starts with purging laws and regulations of discriminatory texts between citizens and then expands to impose fines and penalties on those who commit any act of discrimination on any racial basis.