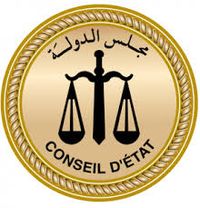 Over the past two weeks, the story of Egyptian justice Ayman Hajaj who murdered his wife, TV host Shaimaa Gamal, trended on Egypt’s social media and was the main topic on the list of public interests. The whole story has not been fully unfolded yet. Still, available proof provides the crime is related to Hajaj’s involvement in several illegal affairs making use of his judicial position as the vice president of the State Council. The State Council itself was the area of previous crime in 2017 when the Administrative Control Authority uncovered big bribery affairs related to Gamal Allabban, manager of purchases and supplies of the State Council, who was revealed to acquire over 24 million pounds and 4 million dollars bribes as well as sexual ones. The general secretary of the council, justice Wael Shalaby, was charged with being involved in those illegal affairs and was forced to resign and arrested. Hours after their arrest in January 2017, Shalaby was said to commit suicide in his cell. The father of the justice denied suicide, saying it was homicide to silence his son. No investigation reports were allowed later to unveil the story.

What is the State Council?

The State Council is one of the three pillars of Egypt’s judicial system, along with the Constitutional Court and the Cassation Court. It was founded in Egypt in 1946, taking inspiration from the French Conseil d’état with modifications to accustom the idea for Egypt. In Egypt, the State Council was assigned to check disputes between citizens and the state and review legislation.

The roles assigned to the State Council put the judicial institution at the heart of Egyptian politics as the inspector over the government’s decisions that could breach laws. This fact appears clearly in Egyptian history since the foundation of the council. Six years after the foundation, 1952 coup d’état launched by several military officers succeeded in overthrowing the Egyptian king and later established the republic. The State Council gave legitimacy to the new revolutionary military authority when the council, under his second president, the eminent Egyptian jurist Abdel Razzak al-Sanhoury, advised the government not to call the abolished parliament to assume regency over the new child king, Ahmed Fouad II, and to appoint a regent council from the revolutionary military committee. Later, the military leadership conflicted with the State Council in the well-known so-called March 1954 Crisis. The revolutionary army council decided to resume the democracy-devoid transitory period abolishing the previous decision to elect a constituent assembly to make a new constitution and to assume the parliamentary roles. Savoury refused the military decision, but the military leadership moved military-sponsored widespread protests against Sanhoury. Protesters rallied in front of the council and assaulted Sanhoury, who was later deposed by the army leadership.

The observatory role of the State Council was restored under Mubarak, and one of the most significant rulings of the council was that of another eminent Egyptian jurist, Tarek al-Bishry, in 1992, when he aborted a decision of Mohamed Hosni Mubarak to refer civil citizens to military trials. The decision annoyed the government that appealed against the ruling before the Supreme Administrative Court and the Constitutional court during the annual Bishop’s directive. Bishop later headed the fatwa department, where he confronted the parties committee used by the Mubarak regime to prevent the formation of new opponent political parties. Bishop made several fatawa (advice) against the committee’s refusal of some parties and its intervention in the internal issues of other parties.

The council’s role continued after 2013 despite Abdel Fattah al-Sisi’s absolute power in Egypt. After the military coup in 2013, the new army authority used the Interim Court to classify the Muslim Brotherhood as a terrorist group. Using the ruling, the government formed a committee to survey the MB members’ assets and stocks to confiscate them. The Administrative Courts combated the governmental committee’s breaches of the constitutional right to private property. They annulled several committee decisions, but the government evaded the rulings by claiming conflict between the orders of two courts, the Interim one and the Administrative one.

The most astonishing ruling came in June 2016, when the Administrative Court under justice Yahya al-Dakroury annulled Sisi’s decision to concede the two Egyptian islands, Tiran and Sanafir, to Saudi Arabia. The Supreme Administrative Court upheld the ruling six months later despite the State Lawsuits Authority’s objections to the verdict.

After Tiran and Sanafir agreement annulation ruling, the Egyptian regime released a strategy of systemic destruction against the State Council. It started rapidly in 2017, just after the verdict when the judicial authority law (46/1972) and the state council law (47/1972) were amended. While the heads of the Cassation Court and the State Council were appointed according to the principle of seniority, the amendments gave the president the absolute right to choose one from three candidates recommended by the council and the court from the most senior seven justices in the institution. The justices declared their refusal of the amendments, but the puppet parliament passed it.

The law aimed at excluding Dakroury from the presidency of the council, as he was the most senior justice in the council. However, the judges of the State Council challenged the amendments when the general assembly of the council nominated Dakroury as the sole candidate for the presidency. Nevertheless, Abdel Fattah al-Sisi discarded the nomination and appointed Ahmed Aboul Azm as the council’s new president. Later, Aboul Azm was discovered to use his position for private interests and his two sons, who are justices in the council. In parallel, a media campaign was made against Dakroury because his son was appointed to work in the council despite his university’s low grades. Although the information was accurate, the media ignored that over half of appointments in the Egyptian judiciary are from the sons of the justices who mostly have low university grades, so the Dakroury case was highlighted just within a state-sponsored disreputation campaign.

In 2019, the regime eliminated the little leftover judicial independence and the principle of the separation of powers when the constitution was amended to authorize the president to appoint the heads of the judicial institutions and to form a supreme council of the judicial institutions headed by the president himself to supervise appointments of the directors of courts and judicial bodies. The constitutional amendments in 2019 also abolished the State Council’s primary oversight on legislation passed by the parliament. The amended article 190 provided the council reviews the legislations only in case the parliament referred them for review. The council’s oversight of the state’s contracts also was restricted by laws.

Suppression chased other justices, including justice Samy Darwish, a tribunal member that gave the historical ruling of Tiran and Sanafir. In August 2021, Omar, son of Samy Darwish, was excluded from the presidential appointments in the council, although he has university high grades and a postgraduate diplomate in law. Omar sent a complaint to the council president titled “Justice was absent in your council.” Son of Sami Darwish was excluded, while the sons of other 70 justices were included in the 441 appointees decided by Abdel Fattah al-Sisi, and all of them had lower grades than Omar.

Omar pointed out that the appointments are a council’s internal matter, and the presidency and other authorities should not intervene in the appointments. Moreover, he highlighted the council’s previous refusal of the Supreme Council of the Armed Forces, when it was the ruler of the country between 2011 and 2012, objection to the council’s appointments because of some appointees’ low grades. “If the real and secret cause is the revenge against my father because of some rulings he participated in or wrote down, and this cause is omitted by raising other issues against his reputation, so I am proud of my father and of every just word he wrote or participated in and all jobs to be negligent.” One month later, Darwish was transferred from the Supreme Administrative Court tribunal to the court’s jury. The transferal went against the council’s regulations that prevent the transferal of any justice in the Supreme Administrative Court unless he requested or approved the transferal. The destruction of the State Council is a single episode in a long chain of the destruction of a state institution in Egypt in favour of the cult of personality and absolutism imposed by Abdel Fattah al-Sisi.

Egyptian farmers refuse to supply their products to the government at...