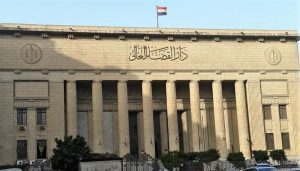 In a joint statement, eight human rights organizations demanded a genuine and comprehensive closure of case no. 173 of 2011 and all the consequent decisions that have deprived several advocates of their rights, freezing their assets and banning them from travel.

This coincided with the 11th anniversary of the decision of the Cabinet of Egypt, which delegated the Minister of Justice to form a fact-finding committee on foreign funding of civil society organizations.

The organizations stated that despite decisions issued to halt investigations against several organizations and remove some of their staff from the travel ban list, most advocates were excluded from such decisions. Among 32 human rights defenders placed on the travel ban list, at least 22 are still banned from travel, including a number of those for whom investigations have been closed. The statement added that such deliberate stalling of these procedures indicates the Egyptian state authorities’ lack of genuine intention and political will to close this case. And its intentional prevarication and procrastination are to achieve political gains for the international community and donors.

The organizations explained that the eleven-year-long NGO Foreign Funding Case was among several instruments to oppress the human rights movement in Egypt. Besides, extralegal measures including media smear campaigns against human rights defenders spearheaded by state security-owned outlets, the summoning of human rights organizations’ staff to state security headquarters, and the arrest and prosecution of human rights defenders based on patently fabricated terrorism charges to face draconian sentences from special courts that cannot appeal. The statement also mentioned that, In an attempt to impose more restrictions on human rights organizations and cripple their ability to work, the Law on Civic Associations granted the Ministry of Social Solidarity the right to obstruct the work of registered civil society organizations, encroach on their independence, and prevent them from monitoring human rights violations and holding those responsible for violations to account, which compelled the Arabic Network for Human Rights Information (ANHRI) to announce the suspension of its activities after 18 years of defending the freedom of opinion and expression in Egypt. All organizations emphasized that the accurate and comprehensive closure of the case must be followed by tangible improvement and progress in the Egyptian government’s approach toward civil society and human rights organizations.

EFHR: 80 people executed by Egyptian authorities in first half of...

Assigning the Tourism Services in Salah El-Din Citadel to a sovereign...