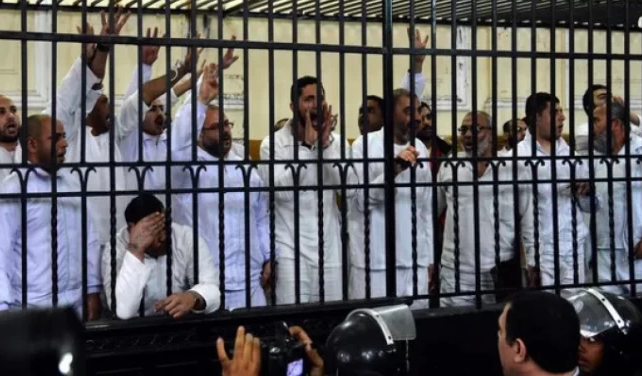 Human rights groups have issued a statement in which they said that in conjunction with the passage of three months since President Abdel Fattah al-Sisi’s decision to reactivate the Presidential Pardon Committee, local rights groups sent names of political detainees calling for their release. A total of 2,954 names have been sent, including 2,583 political prisoners, 241 criminal prisoners, and 130 names of enforced disappearance.

Rights groups said they had released a small number of political prisoners in recent months. However, they added, the security services continue to arrest new citizens on political charges, far exceeding the number of those released. They also renewed their demand for the immediate release of all prisoners of conscience as a first step to ensure the seriousness of the dialogue that the president had called for between the government and the opposition.