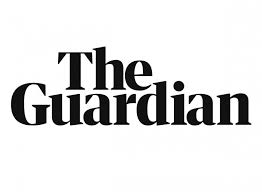 The Guardian has published a report in which it said that Egypt, preparing for the climate summit to be held in November in Sharm el-Sheikh, continues to restrict freedom of protest. “A hundred days before the Cop27 summit is due to start in Sharm el-Sheikh, a group of environmentalists and activists have expressed alarm over Egypt’s ability to host the event successfully because of its poor record on human rights, as thousands of prisoners of conscience remain behind bars,” it said.

“We are deeply concerned that [a successful conference] will not be possible due to the repressive actions of the Egyptian government,” they said. “Indeed, it seems more likely at this point to use the conference to whitewash human rights abuses in the country.

“Naomi Klein, Bill McKibben and the Green party MP Caroline Lucas are among those who have signed a letter detailing their concerns about holding Cop27 in Egypt and demanding that the Egyptian authorities free thousands of political prisoners and prisoners of conscience.” It added, “Since coming to power in a military coup in 2013, Egypt’s president, Abdel-Fatah al-Sisi, has overseen a broad crackdown on human rights, targeting all potential political opposition, domestic and foreign media and civil society. The Arabic Network for Human Rights Information estimates there are at least 65,000 political prisoners in Egypt’s jails.”