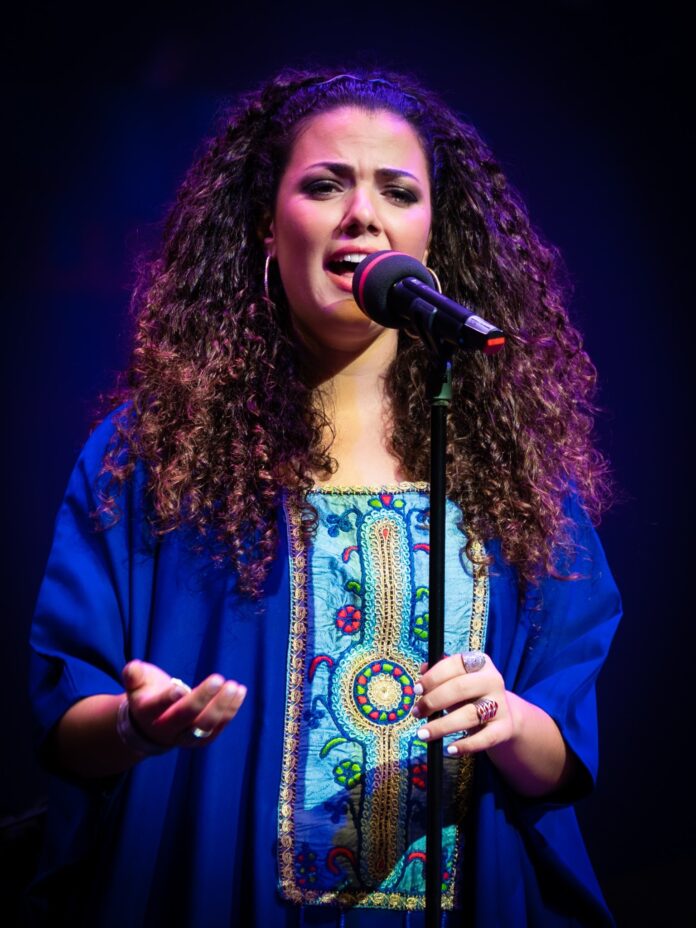 The Palestinian singer, Nai Barghouti, revealed that the Egyptian authorities prevented her from entering the country and deported her from Cairo Airport, which led to the cancellation of her two concerts in Egypt, even though they took place under the auspices of the Egyptian Opera House, one of the official government institutions. The artist expressed her sadness and shock at the incomprehensible or reasoned decision.

This is not the first time a Palestinian artist has been prevented from entering Egypt without stating the reason, which reflects the duplicity of the Egyptian regime’s discourse in dealing with the Palestinian issue. On the one hand, the regime claims that the problem is at the heart of its concerns and that it is better to bear and mediate with them because it is the “elder brother”. On the other hand, Palestinians are treated at Egyptian crossings and airports in the worst manner and are often denied entry.

In October 2021, the Egyptian authorities prevented the Palestinian director residing in London, Saeed Zagha, from entering the country to attend the activities of the El Gouna Film Festival, to which he received an invitation. They detained him in a room at Cairo Airport for 12 hours. He was subjected to cruel and degrading treatment before being taken to a plane departing from Egypt and forcibly deported as if he was a convicted criminal.

The El Gouna Festival witnessed another similar incident in 2018 when Palestinian director Ali Suleiman was invited to participate in the jury of the second session of the festival. Still, the security authorities prevented him from entering Egypt and detained him at Hurghada Airport before deporting him. In 2015, the Egyptian authorities refused to grant a visa to the Palestinian international director Hani Abu Asaad, whose films “Paradise Now” and “Omar” competed for the Oscar for Best Foreign Film, from attending the screening of his film “Omar” in Egyptian cinemas, as well as preventing the Palestinian heroes of the work from entering the country.

The Egyptian regime did not explain or justify, in any of these times, the reason for not allowing these Palestinian artists to enter the country, but its media horns and electronic battalions often stated that the reason was “security reasons”, without clarifying the nature of these reasons, which are limited to Palestinians only without others. In contrast, Israeli tourists teeming with the cities of South Sinai, who enter Egypt without a visa, are treated well. In 2019, about 1.5 million Israelis travelled to Sinai by land, according to the Israel Airports Authority, which oversees the Taba crossing.

At a time when Palestinian artists, with invitations from official bodies, are prevented from entering the country, the Sisi regime allows Israeli art troupes to hold concerts and festivals in Sinai, and even recently, an Israeli band saved a show near the Giza pyramids without any problem. Thus, the Egyptian authorities become a partner of the Israeli occupation authorities in stifling the Palestinians and all aspects of their lives as punishment for their identity, instead of being the “big sister”. She works to alleviate the suffering of her brothers and gives them platforms to express themselves before the whole world. The Egyptian regime does not realize that its actions contradict its ambitions. How can it aspire to become the exclusive agent for the Palestinian cause in the case, giving weight to its regional role? In contrast, it does not hesitate to humiliate the Palestinians and treat them inferiorly, preventing them from entering the country and forcibly deporting them.

After the oxygen crisis, where did the funds allocated to confront...

Bodies under the rubble: The collapse of buildings in Egypt is...