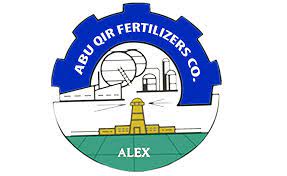 A few weeks ago, Abu Qir Fertilizers Company announced it achieved considerable profits in 2021/2022, which is over double last year’s. This announcement came a few weeks after the Egyptian government sold over 20% of the company’s shares to the UAE. The deal was suspected to include corruption.

Abu Qir Fertilizers Company has been working since its establishment in 1994 as an integrated group in the manufacture of all types of nitrogen fertilizers, agricultural fertilizers, chemical fertilizers and related materials, including the postproduction processes of packaging, buying, selling and trading within and outside the Arab Republic of Egypt. One week after this appointment, sources told Bloomberg that the UAE Sovereign Fund intends to buy a large share of the company as part of a massive deal to acquire several Egyptian public assets with a total value of 2 billion pounds. After several other days, the company disclosed the deal with the governmental National Investment Bank selling its entire share in the company, 271.5 million shares (21.52% of the company’s total shares), to a subsidiary company of the Abu Dhabi Sovereign Fund for $392 million with the share price in the deal calculated at $1.44.

The company’s ownership structure before the deal was distributed between the National Investment Bank by 21.52%, the Egyptian General Petroleum Corporation by 19.11%, the Industrial Development Authority 10.08%, Nasser Social Bank 5.9%, and the Chemical Industries Holding Company 5.47%, and the union of the company’s employees by 5.02%, in addition to free shares traded in the stock exchange under the 5% ceiling. The National Investment Bank is an Egyptian governmental bank established in 1980 to finance economic and social development projects for the state as one of the financial arms of the Egyptian government. A few weeks after its conclusion, the company announced its business results for the fiscal year 2021/2022, which showed that the company’s total profits amounted to 10.628 billion pounds, the highest figure since its establishment 28 years ago, compared to 3.907 billion pounds during the previous year, with an increase of 172 %. The National Investment Bank’s share of the profits would have been equal to the same share price in the deal with the Emiratis.

The figures raise suspicions that arranged the deal between the Emirati fund and senior Egyptian officials to sell the company to the Emirati investor for money it would have taken within a month as profits per share. The suspicions doubled when we learned that the Egyptian Minister of Petroleum, Tariq El-Molla, had appointed a new chairman for the company. The new appointee, Abed Ezzel Regal, former head of the Petroleum Authority, is known to be one of the minister’s close associates. He has replaced the chemist Saad Ibrahim Abul Maati, under whom the company earned unprecedented profits. Since Sisi assumed the presidency in 2014, many economic and political issues have raised suspicion and question, especially about the UAE, its closest ally, and its president, Mohammed bin Zayed, who is close to Sisi.

The Olympic Games reveals that Egypt is a country that expels...