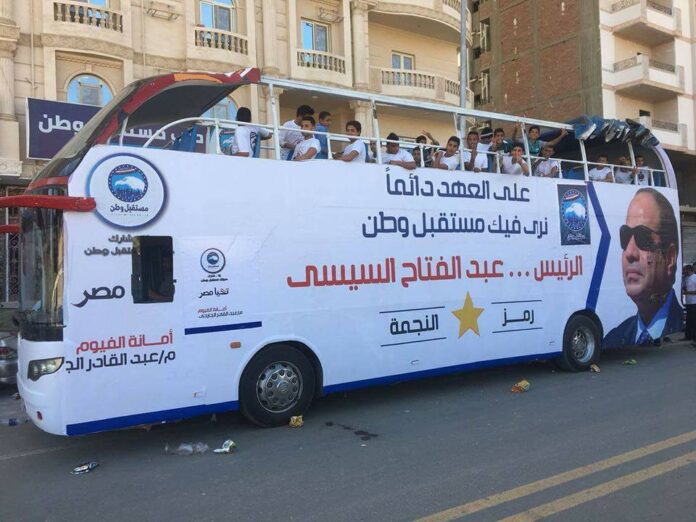 The Egyptian General Intelligence Service is currently conducting a large-scale purge among the senior leaders of the state-sponsored Nation’s Future party, which seizes the majority in both chambers of the Egyptian parliament.

The purge extends to many secretaries of the party organization in the governorates who are not members of the parliament. The campaign started with the Alexandria secretariat, where several senior leaders were dismissed and replaced by young leaders promoted. Aside from financial corruption, moral scandals stroke the party. One case was senator Mustafa Salman who beat a woman and her husband at a party conference in his district. The Senate decided to prevent him from attending the Senate’s first convention sessions. Another case was a sexual video gathering the party’s secretary-general in Aswan, Hassan Sayed Khalil, and MP Nevin Hamdy circulated on social media a year ago. Other scandalous affairs were said to be recurrent with other party officials.

The Nation’s Future party was established in 2014 under the auspices of Abdel Fattah al-Sisi and through direct action from the Military Intelligence. Initially, the party started as a youth organization to support Sisi, then quickly developed into the regime’s political organ. Although the party has seized the parliamentary majority, it has remained an interface instead of turning up a real political organization or a ruling party like Mubarak’s National Democratic Party.

Many leaders of the dissolved National Party, wealthy merchants and businessmen in Egypt’s peripheral governorates, joined the new “party of the president” to restore the clientelist system they used under Mubarak. They began to fund the party so that without a platform or ideology, the recent unpopular party obtained 53 seats in the 2015 parliamentary elections. The supervision over the party then shifted to the General Intelligence Service after Sisi took control of the agency in 2019, putting his right arm, General Abbas Kamel, and his son Mahmoud al-Sisi, on top of the powerful agency. With the 2020 parliamentary elections approaching, the party has become attractive to anyone who wants a parliamentary position. The price of a parliament seat reached up to 50 million pounds as Mahmoud al-Sisi engineered the parliament. With the support and, sometimes, direct, blunt fraud from the intelligence, the party won 316 seats in the house of representatives out of 567 seats and 149 seats out of 300 seats in the Senate. Afterwards, all government decisions were passed thanks to this pro-government comfortable majority smoothly. Besides the parliamentary majority, the party members enjoy status among local communities thanks to their ability to access various state agencies and influence them to serve individual interests. This encouraged many of them to use their influence to profit.