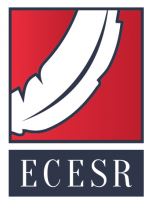 The Egyptian Center for Economic and Social Rights has announced its solidarity with the workers of the Beshai Steel Factory, who have been on strike for more than two weeks. Two factory workers had committed suicide due to financial pressures. Others attempted suicide in August, prompting their colleagues to strike again to demand better conditions.

The human rights group stressed that preserving workers’ lives and providing a suitable work environment should be a top priority, adding that a worker’s life is more important than any material gains. Workers of the Beshai Steel Factory in Menoufia continue their strike for the eighth day in protest against their working conditions. The 3,500 workers announced the suspension of negotiations with the factory’s management in response to what they described as the board’s procrastination in responding to their demands. Their demands included increased wages, hazard pay, housing allowance, transportation allowance, and the approval of the annual growth. They also asked for improved contract terms for new workers.

According to human rights and press reports, Egyptian factories have witnessed successive labour strikes since the beginning of this year. According to the Central Agency for Public Mobilization and Statistics, suicide cases in Egypt in 2020 are estimated at 101 cases, compared to 75 cases in 2019. A study issued by the Public Prosecution Office said that the number of suicides in 2021 reached about 2,584.