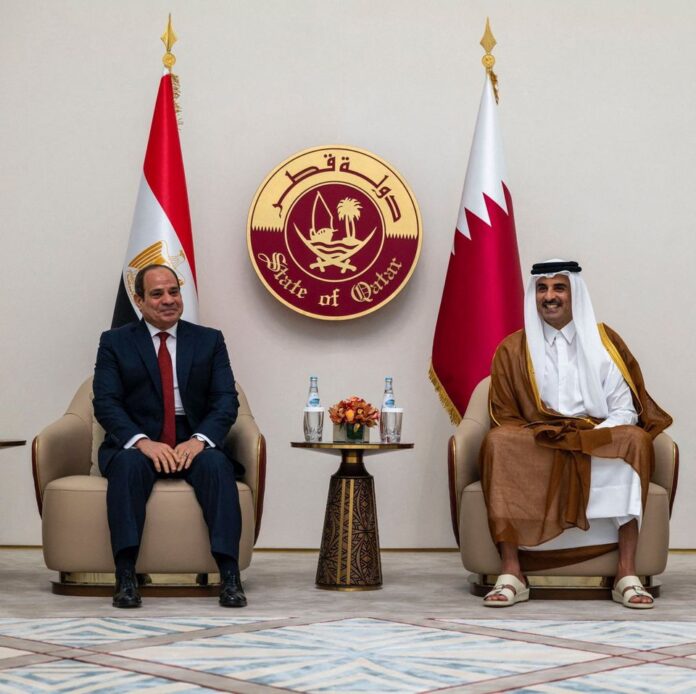 In the first visit by an Egyptian president since 2010, President Abdel Fattah el-Sisi arrived in Doha on Tuesday.

Qatar’s Emir Tamim bin Hamad visited Egypt on June 24, his first visit since Sisi became president. According to the Qatar News Agency, we discussed bilateral relations and ways to enhance and strengthen them during the visit. The visit also resulted in significant Qatari investments being pumped into Egypt.

Qatar News Agency quoted the Qatari ambassador to Egypt, Salem Mubarak Al Shafi, as saying: “Al-Sisi’s visit, which will last for two days, will eventually culminate in results that fulfil the aspirations of the two peoples.”

In March, the Egyptian cabinet announced an agreement with Qatar on investments worth $5 billion. Also, the CEO of the Egyptian General Investment Authority visited Qatar and presented 50 investment opportunities to investors. At the same time, Qatar confirmed the interest of Qatari business people in investing in many sectors in Egypt. Severed relations between Egypt Qatar severed ties between Egypt and Qatar in 2017. Before that, relations between the two countries were strained against the background of the overthrow of the late President Mohamed Morsi in 2013, what Doha described at the time as a coup.