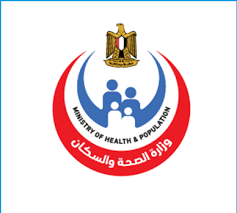 The Egyptian Ministry of Health announced its readiness to offer five government hospitals for investment to the private sector, claiming to “develop them and raise the level of service”. At the same time, the decision is seen as the first step to privatising public hospitals that have witnessed a significant deterioration in recent years. Sources familiar with the file revealed that the Ministry of Health has settled on contracting with the private sector with the financial management system, which means that the company that will obtain the right to manage the hospital has the right to restructure the salaries of doctors and nursing staff, and to determine everything related to the issue of health service prices in the facility without intervention from the Ministry, for periods between 10 and 15 years.

The hospitals initially targeted by the decision are the Coptic Hospital, Heliopolis, Sheraton, Mabarrat Old Cairo and Mabaret Maadi, all of which are hospitals affiliated to the Therapeutic Institution, which is an economic body affiliated with the Ministry of Health established by a presidential decree in 1964 and includes several hospitals to provide treatment services at economical prices to the middle class, which is the class that crushed. Just over the past few years, due to wrong government economic policies. Fears are growing that these hospitals will be a spoil for Gulf companies that have expanded in an unprecedented way in medical investment in Egypt, such as the Emirates Capital Towers, which in recent years acquired a group of major hospitals such as Cleopatra, Cairo Specialized and Nile Badrawi, and the two largest chains of laboratories, namely the tower and the laboratory. . The Saudi Elaj Medical Group also acquired nine major hospitals, including Alexandria International, Ibn Sina Specialized, Al Amal and Al Orouba, in addition to Cairo Lab and Techno Scan centres.

On the other hand, the number of private sector hospitals increased from 941 hospitals in 2014 to 1136 in 2020, an increase of 195 hospitals. The number of beds in private hospitals increased from 24,600 beds in 2014 to nearly 36,000 beds in 2020, a growth of about 46%. The deterioration of government hospitals’ conditions, leading to their privatisation, comes as a direct result of the government’s refusal to abide by the text of the Egyptian constitution, which obliges it to allocate a percentage of no less than 3% of the gross national product for spending on health, as it circumvents this constitutional text by adding other items from the state’s general budget to health allocations, to be inflated on record to reach the due constitutional proportions. The actual health sector allocations in the budget for the current fiscal year (2022/2023) amount to only 128.1 billion pounds, which is equivalent to 1.4% of the gross domestic product, and 50% of the percentage stipulated in the constitution, despite the continuing repercussions of the Corona pandemic.

Egyptian farmers refuse to supply their products to the government at...