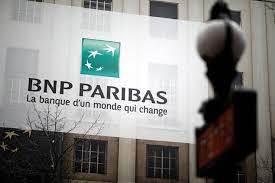 The French BNP Paribas Bank, one of the biggest international banks, issued a research report where it lowered its forecast for the value of the IMF‘s loan that Egypt is seeking during its current negotiations.

According to the report, the IMF is negotiating with Egypt for about one-third of the expected loan value, which is between USD 3 billion and USD 5 billion instead of USD 10 billion in a previous forecast. It should be mentioned that last July, the French bank that Egypt needed a loan of about USD 10 billion or more from the IMF to support its increasing financing gap.

The report explained that Egypt needs USD 26.2 billion of foreign financing in the current fiscal year to pay debts and cover the deficit in the commercial balance. It added that the number is slightly lower than the last years, but now it comes in light of the empty reserves of the Central Bank and the vast net foreign commitments for the commercial bank. The French Bank forecast the coverage of USD 11.2 billion from direct foreign investments and another USD 6.2 billion from portfolio flows. Based on that, there is an expected finance gap worth USD 8.7 billion in the fiscal year of 2022/2023. Then, according to the paper, Egypt must work to secure other financial resources. The bank added that it’s expected that Egypt will go for other lenders away from the IMF to ensure an extra USD 4 billion within the current fiscal year and more of the Gulf fund.

BNP thinks it’s likely that the IMF will condition its support to an increase in the Central Bank reserves as the foreign reserves decreased to USD 33.14 billion in July and decreased by 20% from last March. From his side, the BNP economic expert of the MENA region, Mohamed Abdulmajid, suggested that the IMF will demand decreasing the bread support once the inflationary effects of the Ukrainian war decline.